The beaches around McIvor Lake in Campbell River are getting wider by the day as water levels continue to drop, and B.C. Hydro has the Campbell River itself running as low as it’s allowed at 30 cubic metres a second.

It’s the same in the Comox Valley where there’s just no snowpack left in the mountains to feed the reservoirs.

“The snowpack was pretty much average but it melted a bit early and of course it’s depleted now and so the inflows into the Puntledge River and the Campbell River systems are about 40% of what they typically are for this time of year,” said B.C. Hydro spokesperson Stephen Watson.

Water is lower on the Puntledge River in Courtenay this weekend after B.C. Hydro cut the river’s flow from 17 cubic metres a second to 13 in order to preserve water in the Comox Lake reservoir until more rains come.

“We have records that go back about 37 years and March and May for those two months were either the lowest or the second lowest in precipitation we’ve had on the Puntledge and Campbell River systems,” said Watson.

The Province issued a level 3 drought warning this week for areas up and down the entire coast of B.C. and watering restrictions are now increasing on the Island.

Experts says the island needs three days of solid rain to turn this around.

“Any showers are really just a drop in the bucket,” added Watson. “We really get very little rain at this time of year. What we’re looking for is trying to get through this summer and try to get some fall rains earlier than normal. We need three to four days of heavy rain, 30-40 millimetres plus each day.”

But that’s just not in the forecast. Recreational users will notice the low water the most right now, along with young fish habitat, but soon the returning salmon will be looking for more water as well. 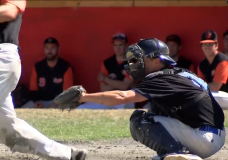 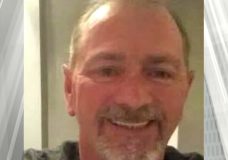