Leonard Krog is a five-term MLA, first elected in 1991 in Parksville-Qualicum and has been Nanaimo MLA since 2005, but if the rumours are right, he’s about to trade in his seat in the BC legislature for a chance to take the top one at Nanaimo City Hall.

“Why would he contemplate doing this?” asked Alex Netherton, a political studies professor at Vancouver Island University. “He doesn’t seem to me to be the kind of person to make quixotic moves. You know he’s not a mercurial person, he’s been pretty consistent.”

Many people are asking why a long-time NDP MLA who spent years in opposition would quit just over a year after finally getting into power?

The answer could be that after all that time, he’s been left out of Premier John Horgan’s cabinet.

“You have to ask why didn’t he get a job there right?” said Netherton. “And the other thing that may be is that maybe the internal politics in the party, that he’s in disfavour with the leader or maybe he doesn’t like the direction the party is going.”

But his departure could be disastrous for the NDP which holds a tenuous hold on power because of its alliance with the Green Party.

If the liberals take the seat in a subsequent by-election, it could be game over for the current government.

“We all know the numbers, they could go to 43 each with the Speaker so we don’t know what the equation will be,” added Netherton.

If he does announce his intention to run for mayor on Wednesday he would be the third candidate to do so so far.

“Well I had heard for some time that he was thinking about it and if he decides to throw his name in the hat I congratulate him.” said candidate Norm Smith. 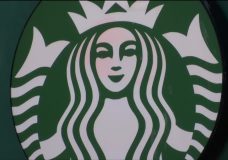 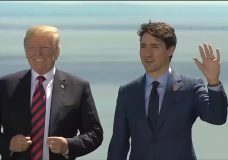