WATCH: More than a thousand Starbucks stores shut down early across Canada this afternoon, including many on Vancouver Island for sensitivity training. Kori Sidaway has more on why the java giant decided to close their doors.

This cross-Canada, company-wide training comes in the wake of a video that went viral of two black men who were arrested in a Philadelphia Starbucks after an employee accused them of trespassing.

The incident sparked protests and caused Starbucks executives to pause and think.

“We are here to make Starbucks a place where everyone, everyone feels welcome,” said Starbucks CEO Kevin Johnson in a company video released after the incident.

This anti-bias training rolled out in the US last month, but Starbucks doesn’t think the issue is just an American one.

“We see it with the Me Too movement, we see it not only in the US but here in Canada around discrimination,” said Victoria Labour Council President Michael Eso.

“I think in both the public and private sector, employers are starting to turning their mind to that we can’t ignore some of these issues and we have to tackle them head-on,” Eso added.

“I think anything that helps to increase a sense of understanding tolerance and gives different perspectives. Diversity, sensitivity, whatever you call it, is productive for any corporation to undertake,” said Kelly Roth.

Starbucks says stores across Canada will be back in business tomorrow, but their conversation on inclusion is just beginning. 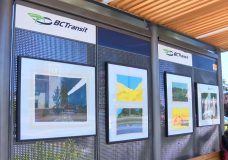 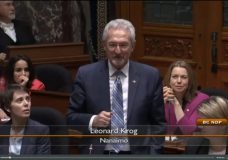