Neighbours and even Nanaimo mayor say they are in shock after a marginalized man was run over and pepper-sprayed in an attack over the weekend.

Over the weekend, Nanaimo RCMP say witnesses of the event reported that a homeless man was pushing a shopping cart along Victoria Avenue when a small, black vehicle with several occupants inside pulled up and stopped next to him.

An argument broke out between the man and the occupants of the vehicle and that’s when someone in the car allegedly pepper-sprayed the 45-year-old marginalized man before the driver sped up and drove over him, knocking him to the ground.

On Monday, Mayor Leonard Krog issued a statement expressing his sadness toward the event that took place on July 10, suggesting it was a “vicious and absolutely unwarranted assault.”

“What makes this act the worst of its kind, is that it appears to have been undertaken for no apparent reason,” said Krog in a written statement. “I think this heinous event has left our community both embarrassed and ashamed that individuals who would perpetrate this kind of act, may actually live amongst us. Council hopes the victim will make a full recovery.”

RCMP says there were multiple witnesses of the incident, but the vehicle’s licence plate was not obtained.

The amount of pepper spray used in the attack spread around the area, causing some to react.

“Everyone started coughing,” said nearby resident Isaiah Mayo, who had guests over at the time. “They’re like, something’s going on here. Something’s in the vents. So we all went outside to get some fresh air and then we noticed all the lights down the road, there were a bunch of cops.”

Many of those in the area are upset by what unfolded.

“It’s sick, it’s disgusting,” said Kaiden Vasilopoulos. “I mean, I work with the homeless community, I work in supportive housing, and we see this stuff way too often, vigilantism.”

RCMP say they’re working to find out who committed the act.

“This incident is extremely troubling as it appears from all accounts; the victim was targeted for being a marginalized person. Our priority is to find out who is responsible and to ensure this does not happen again,” Const. Gary O’Brien, the media spokesperson with the Nanaimo RCMP, said in a press release.

Krog supported the efforts of the RCMP on Monday and hopes to see the investigation lead to justice.

“I look forward to seeing justice done, not just for the sake of the victim, but for the sake of this community and all the compassionate citizens who are also appalled that such a horrible attack would occur in our City,” he said.

The file remains under investigation and anyone with information regarding the incident is asked to call Nanaimo RCMP’s non-emergency line at 250-754-2345 and quote file #2021-25532.

Story idea or news tip? E-mail us at [email protected] 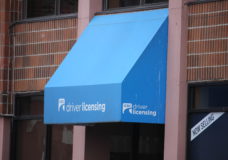 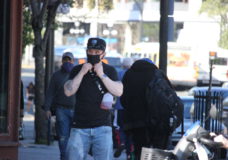