Paul Manly, Nanaimo-Ladysmith MP, has introduced a private members bill to the House of Commons that if approved would ban thermal coal exports from Canada.

It would also result in fewer cargo ships sitting near the Gulf Islands waiting to be loaded.

“My private member’s bill just bans the shipping of thermal coal from Canada, from any port in Canada,” said Manly. “It makes it illegal to load a ship with thermal coal.”

Environmentalists have long called for such a ban, saying thermal coal is the dirtiest and most carbon-intensive energy producer in the world.

California, Oregon, and Washington have banned the export leading much of the U.S. product to get shipped through Canada.

Canada has also pledged to phase out coal-fired electricity by 2030 —a point raised by Manly as he read his bill into parliament.

“Canada is shutting down its thermal coal electrical generation and it is hypocritical to be exporting the coal to Asia to burn for electricity there,” said Manly.

Manly says 18 per cent of the freighters that anchor around Vancouver Island are waiting to load power-generating-coal.

The Southcoast Shipwatch Alliance, which is against the deep-sea anchorages because of their environmental impact, says Manly’s bill is welcome news.

“We certainly support any efforts that bring attention to this issue and that would aim to get the use of these anchorages under control,” said Chris Straw of the Southcoast Shipwatch Alliance.

“The thermal coal mining and export industry provides thousands of jobs and supports families across Canada and will do so for years to come,” said Robin Campbell, the association’s president. “Banning of thermal coal exports from Canada is not a solution, in fact, it is just the opposite.”

Canada’s transport ministry says it “is examining anchorage management with a focus on economics, the environment and safety.

Manly says he knows his bill won’t be passed but he says it will bring some much-needed attention to the issue.

His bill comes weeks after Alistair MacGregor, the Cowichan-Langford-Malahat MP presented a private members bill intended to block freighters from anchoring around many of the southern gulf islands. 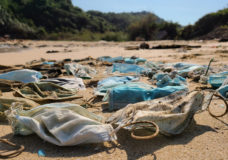 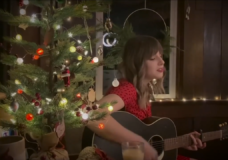