MP’s bill would prohibit freighters from anchoring around Vancouver Island

The Member of Parliament for Cowichan-Malahat-Langford, Alistair MacGregor, put forward a private member’s bill on Monday to address freighters.

The bill would prohibit cargo ships from anchoring off of part of Vancouver Island.

Cheryl Cameron and her husband who retired to a waterfront property in Chemainus nine years ago welcome the bill.

They were surprised when freighters started anchoring in front of their home, overtaking their view.

Cameron says the ships can be quite loud.

“The rumble from the generator is so annoying that I actually have to go inside, on my deck, it’s the same thing. At night we don’t have window coverings and you can see lights from a number of them actually all night long and so it is a huge change,” said Cameron.

She’s among the environmental groups, First Nations and close to 150 people who have complained to their MP about the freighters being anchored offshore.

It led MacGregor, a federal NDP MP, to introduce the private member’s bill.

It would prohibit the freighters from anchoring in southern Georgia Strait from the Goldstream area right up to Gabriola Island.

MacGregor says with the minority government, he believes there room for this private member’s bill to get passed.

One of the supporting groups says now might be the perfect political climate to ensure this bill passes.

“We also encouraged that the provincial NDP party under John Horgan made promises in their provincial election campaign to also pressure the federal government to bring an end to this issue in the southern gulf islands,” said Chris Straw who speaks on behalf of the Southcoast Shipwatch Alliance and Gabriolans Against Freighter Anchorages Society.

They say the Vancouver Fraser Port Authority should be able to more efficiently time the arrival of freighters so they’d arrive when they’re needed.

In a statement, the Port Authority says “it’s committed to assigning anchorages as equitably as possible. We continue to see an increased demand for anchorages due to trade growth and the reliability and efficiency of the supply chain moving cargo in and out of the port. As a result, anchorages may be full, but are necessary to meet Canada’s trade demands.” 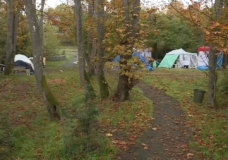 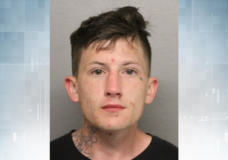