WATCH: With all eyes on Oak Bay Bays grade 12 guard Diego Maffia, the 96-point phenom looked to defend home court against the visiting Belmont Bulldogs in the Island 4A boys basketball final.

Off the opening tip-off, it was Diego’s younger brother Lucas getting things going for Oak Bay.

The Bulldogs would find their footing shortly after and go on a lengthy run to take the lead, while Diego was struggling from the field and couldn’t quite find his range.

The Bulldogs lead the Bays 17-12 after the first quarter. In the second however, Diego came alive.

Number 6 in white began hitting shot after shot, and the Belmont defence simply had no answer for the Brazilian bomber from three point range. Maffia would pour in 20 points in the quarter to give the Bays a 45-36 lead at the half.

Maffia would finish the game with 53 points to go along with a handful of assists and rebounds to lead the Bays over the Bulldogs 91-72, claiming Vancouver Island supremacy and punching their tickets to Provincials in a few weeks time.

For the Bulldogs, they’ll look to regroup, as they host the Claremont Spartans at the Belmont Gym on Tuesday at 7 p.m., as they will clash for a spot in the Provincials with Oak Bay in a single-game winner-take-all scenario. 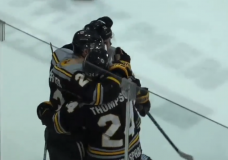 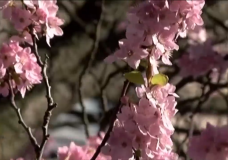