WATCH: There’s a word of warning from a Victoria city councillor who says cherry blossoms could eventually be a thing of the past. It’s all because of a city policy to replace aging native trees with other native species and not foreign. As Luisa Alvarez tells us, critics say the public should’ve been consulted.

Each year when they bloom they paint the city pink. Neighborhoods are lined with them and transform in the spring. But councillor Geoff Young is sounding the alarm about a city policy he says puts their future presence at risk.

“The policy decision was made a few years ago that we wanted to replace trees with native trees, it received almost no public discussion but in fact, I think a lot of people would like the cherry blossoms,” said Young.

Young says he doesn’t want the city to be overrun with non-native species, but at the same time, he says a modest use of some of those plants is quite acceptable and adds a lot to the quality of life.

But Mayor Lisa helps says the policy is necessary with the realities of climate change.

“70 per cent of tree removals in the past few years have been non-native species that are stressed because of the drought impacts that we are starting to see,” said Helps.

The Japanese cherry blossom trees were introduced in 1937 when the city purchased more than 1,000 to plant along boulevards. Some of the originals still remain in the Fairfield neighborhoods.

No healthy trees will be cut down. Helps says the policy just means moving forward no non-native species will be planted when trees need replacing. So, areas where healthy cherry blossoms remain will continue to flower for years to come.

“Tomorrow, the next day, next year and the year after the cherry blossoms are not in danger Moss Street will look how it looks for quite some time into the future,” said Helps.

While at the same time admitting long-term their longevity is questionable.

“Will we have cherry blossoms 100 years from now it’s hard to say but will we be planting species that make sense from a changing climate point of view absolutely we will,” said Helps.

But after council approved a spending increase of $868,000 to a program that already spends $1.7 million a year for tree management, Young warns that could mean we lose the quintessential snowfall of blossoms even sooner.

“One of the consequences of more money being put into it is that we may identify more trees that need to be removed and of course a lot of the flowering cherries and other flowering trees that were planted a few decades ago will be nearing the end of their lives,” said Councillor Young.

Young says it’s now up to the public to speak up and let the council know that the policy to only plant native trees should change or risk seeing the iconic cherry blossom slowly disappear.

“People need to recognize the impacts of the policy as it’s implemented and say we think it should be reconsidered,” said Young. 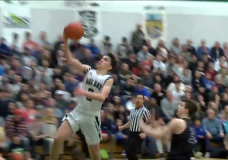 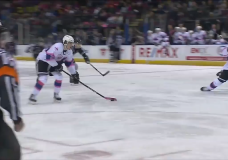 Royals edge Giants in Pink in the Rink shootout thriller