Posted: Sep. 21, 2021 6:15PM | Last Updated: Sep. 22, 2021 11:18AM
CHEK
WatchIt's like Free Little Libraries, but with food. But while the initiative is well-intended, one expert said it's not enough to address the growing food insecurity issue in the region. Tahmina Aziz has more.

Three families in Langford, who were friends from their local church, were looking at ways to help the community, so they came up with Free Little Pantry, which was installed on 2878 Leigh Rd., next to the Flute Lane parking lot.

While the initiative is well-intended, one expert said it’s not enough to address the growing food insecurity issue in the region.

The grand opening took place over the weekend and within days, people are already using it, according to one of the organizers Kevin Clark.

“Everybody needs to eat,” he said. “If you have a need, take it. And if you have something extra, leave it for us.”

Unlike the Victoria Community Fridge that opened in May, they only accept non-perishable foods like pasta, canned goods, chips and granola bars.

“The cost of housing has gone up so much in Victoria that basic things like food can be really difficult for some people to attain in the greater Victoria region,” explained Clark.

And he’s right — 13 per cent of households in the capital region experience food insecurity, according to the Provincial Health Services Authority (PHSA), and they say the root cause of it is lack of income.

Valerie Tarasuk, a University of Toronto nutritional science professor, said initiatives like the Free Little Pantry isn’t a solution to the growing food insecurity issue in the region and country.

“It’s not a solution. It’s what people in a community can do and it speaks volumes about their concerns and their care and compassion for others in their community which is really positive,” she said.

“But, the problem with food insecurity is rooted in inadequate and insecure incomes,” she added.

Tarasuk is also one of the authors behind the 2015 study that found that the annual health care costs are 121 per cent higher in households with severe food insecurity.

She explained that the issue has gotten worse over the years due to inaction from the government and the rising cost of living.

“By the time somebody is struggling to afford the food that they need, invariably they’re also struggling to pay their rent, they’re probably behind on utility bills or internet and telecommunication bills,” said  Valerie Tarasuk.

She says while’s it’s nice to see the community coming together to help each other out, “the problem is bigger and the solution has to be bigger.”

In the meantime, Clark hopes the Free Little Pantry catches on and that more pop up in the community — not as a solution, but as a small comfort in tough times. 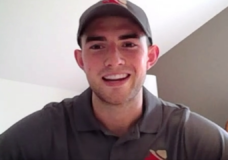 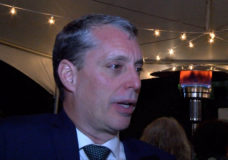 Too close to call: Result of Nanaimo-Ladysmith riding hinges on mail-in ballots