Too close to call: Result of Nanaimo-Ladysmith riding hinges on mail-in ballots

The results have come in for most of the country, but for candidates in Nanaimo-Ladysmith it remains to be seen who will capture the riding.

That’s because when the night ended, NDP’s Lisa Marie Barron was barely ahead of Conservative candidate Tamara Kronis and more than 2,700 votes head of Green candidate and two-term incumbent Paul Manly.

It was an obvious surprise from volunteers at Barron’s NDP campaign Monday night as numbers came in from polling stations in the riding.

“For sure. It’s very, very exciting. We don’t know the official results until the mail-in ballots come in but this is looking very positive,” said Isabella Lee, volunteer coordinator for the Lisa Marie Barron Campaign.

Conservative candidate Tamara Kronis, who only recently moved to Nanaimo and had never run for politics before, watched as her numbers put her neck-and-neck with Barron.

“I’m going to wait like everyone else to find out who our MP is and I hope it’s going to be me,” Kronis told CHEK News Monday night.

Paul Manly’s hopes of winning a third term will be dashed unless he can reclaim victory through mail-in and special ballots that Elections Canada expected to have fully counted by Friday.

After Manly won by 6,000 votes over his nearest rival in 2019, the Tories and NDP pulled back many of the votes they had lost Monday night.

“Well, I’m disappointed in the result that we’ve got so far. It’s not the result that I was looking for and we still have 8,000 to 9,000 special ballots to count but, you know, it’s looking less likely that that will come through for me,” said Manly.

Political studies professor at Vancouver Island University Alex Netherton attributed the switch in support in Nanaimo-Ladysmith to the strength of the federal leaders of the NDP and Conservatives.

According to Netherton, the leaders’ momentum left Manly standing alone.

“At first I was surprised but then I realized there was a blue tide, and there was an orange tide.”

“And there wasn’t a green tide?”

At the closing of polls in Nanaimo-Ladysmith Monday night, the NDP was leading the Conservatives by nearly 1,000 votes, and ahead of the Greens by more than 2,700, so the predicted three-horse race could remain that way until Friday. 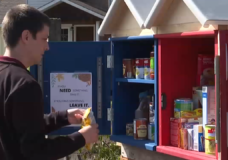 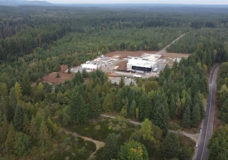