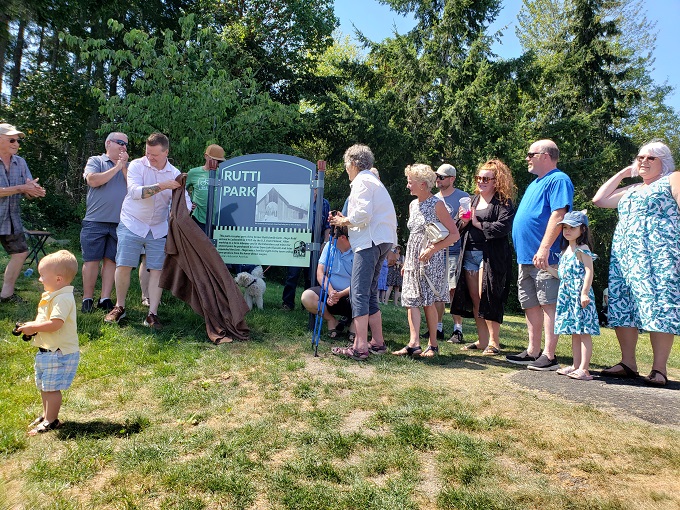 There’s a brand new park in Ladysmith and it’s named after a family with longstanding historic ties to the community.

Earlier this week, the Town of Ladysmith held an official unveiling ceremony for Rutti Park, which is located off Russell Road, near Hooper Place.

The new park is named in honour of the Rutti family, who farmed in the area for five generations. The park sits on a section of the former farm established by Hugo Rutti more than a century ago. It features open green space, a unique rock formation as well as several fruit trees that were recently planted.

According to the Town of Ladysmith, Hugo arrived in 1910 from the United States via Finland and worked in the Extension coal mines and as a farm labourer.

Rutti eventually bought 10 acres of land from the Russell family to start his farm and later expanded it further.

“Records from the Ladysmith Archives mention that Hugo was well known for selling his farm produce from a horse-drawn wagon in town,” reads a statement about the park on the Town of Ladysmith’s website.

The family would go on to farm the land until 2003 when it was sold to the Town of Ladysmith. 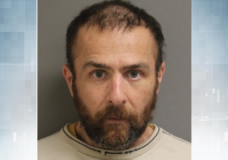 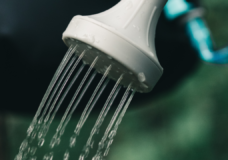