While fuel prices are pushing the cost of some food items like produce and dairy higher, shoppers can expect more widespread price increases in the weeks and months ahead.

According to food security experts, Russia and Ukraine are responsible for 25 per cent of the world’s wheat and corn exports. Russia’s invasion is already causing global wheat prices to soar, which experts say will have an impact on Vancouver Island prices soon.

“Canada is not immune to what’s going on in Ukraine because most grains are negotiated on world markets, so if a bushel of wheat in Ukraine is worth more than $13 U.S. the same thing will happen in Canada,” said Sylvain Charlebois, a professor at Dalhousie University’s Agri-Food Analytics Lab.

And if grains climb in price, eventually the impacts spread even further to things like animal products since farmers will have to pay more to feed their livestock.

“Depending on how long this conflict lasts we may actually see the entire grocery store being impacted,” Charlebois said.

That’s left some Island grocery stores trying to find ways to keep prices down as much as they can. At Country Grocer they’re planning to focus on local as much as possible.

“In the summertime, when we can produce a lot more things locally in terms of fruits and veggies, the prices are going to drop back down again but just be aware these things are going to be fluctuating,” said Country Grocer’s South Island Operations Manager Craig Cavin.

Farmers aren’t going to be immune to the global price pressures from the war in Ukraine either since that region is also a major producer of fertilizers.

“A lot of farmers on the Island, in B.C. and across Canada will be looking for affordable fertilizers but it’s going to be extremely difficult as a result of what’s happening in Ukraine,” said Charlebois.

The rising food prices are going to also prove difficult for local food banks, not just with an expected rise in need, but Victoria’s Mustard Seed says it’s already starting to see less food coming in from local grocery stores for their food rescue program.

“The stores have to be careful of what they’re purchasing,” said Mustard Seed Director of Food Security Treska Watson.  “My guess is they’re probably buying a little less overall, then we of course see less food coming into the centre.”

Watson says they’re meeting the need for now but may have to use emergency money reserves to start buying food if donations run dry. 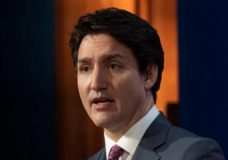 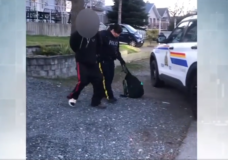