Posted: Sep. 13, 2017 5:17PM | Last Updated: Sep. 13, 2017 7:33PM
CHEK
WATCH: An intense three days of testimony is being heard in a Port Alberni gym. Families of 29 missing and murdered Indigenous women have travelled there from across the West Coast to share evidence with the National Inquiry into Missing and Murdered Indigenous Women and Girls. As Skye Ryan reports, many of these families have been waiting years to share their stories.

“She was brutally murdered,” said Stan Matthew.  “It has never been solved, there’s never been any follow up with the family.”

They are not alone. The families of 29 murdered and missing Indigenous women have travelled to this Port Alberni gymnasium from across the West Coast to share what happened to their mothers, sisters and daughters and the lasting impact its having on those left behind.

One of the people sharing their story was Wayne Keitlah, whose mother Nadine Marshall was found dead behind an Esquimalt dumpster five years ago.

“It’s had a big impact because my mom was a big part of my life,” Keitlah said.

Red dresses lined the driveway into the gathering, symbolizing the 29 women and girls whose stories will be told.

The Nuu Chah Nulth Tribal Council invited the National Inquiry into Missing and Murdered Women Indigenous Women and Girls.This is the first and only one of its kind gathering in Canada where the inquiry has travelled to a First Nation so that West Coast families can give their evidence and testimony for the record, right in the support of their home community and nation.

Moses Martin, who is the grandfather of missing Nanaimo woman Lisa Marie Young said the inquiry is needed.

We have to talk about it, how do we present this from possibly happening to our other grandkids,” Martin said.

Testimony will continue through Thursday, when Stan Matthew and the many families gathered here hope their loved ones stories will finally have been heard. 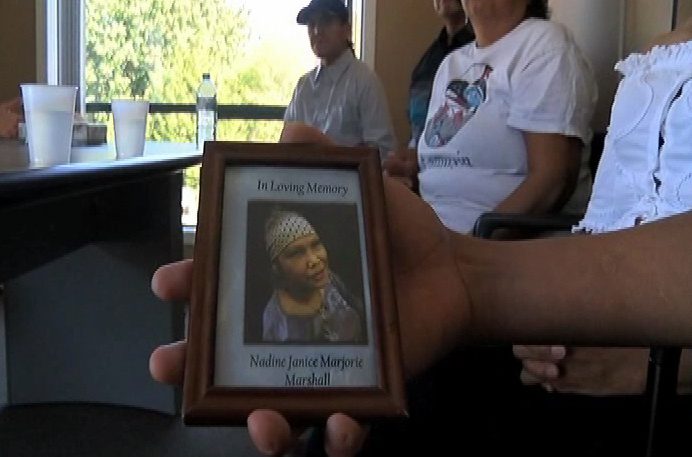 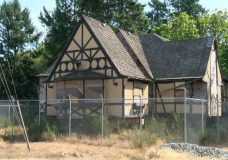 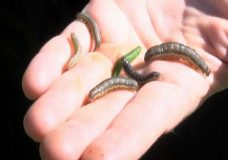