For the second time this summer, armyworms have invaded fields in the Alberni Valley.

“There’s never been an army worm infestation in British Columbia like this,” said Heather Schobe, an agricultural support with the Alberni-Clayoquot Regional District.

An army of caterpillars has laid waste to crops, mainly hay, across the Alberni Valley.

At the peak of the first infestation in July, 155 army worms were found per square foot and fields were destroyed in a matter days.

“And the devastation happened so fast it happened before we knew what the problem was,” said Schobe.

The insect is usually found in warmer areas in the southern U.S. and Mexico but winds sent the adult moths north in the spring.

This second infestation is not as bad as the first but there has been a knock-on effect.

“A lot of ravens and crows and other birds and animals came into the fields and they were digging up the fields. So now producers have lost the whole root systems and they will have to reseed,” said Schobe.

The main concern for farmers is the impact on feed crops for livestock. Some farmers have been forced to buy hay from elsewhere or slaughter their cows early for beef.

Now the province has helped set up a moth trapping program to help fight what has been an unprecedented invasion.

“This was really devastating for producers and we don’t want it to happen again,” said Schobe.

There are hopes this will be a cold winter that will wipe the armyworms out but a lot of damage has already been done.

For more information from BC’s Ministry of Agriculture click here. 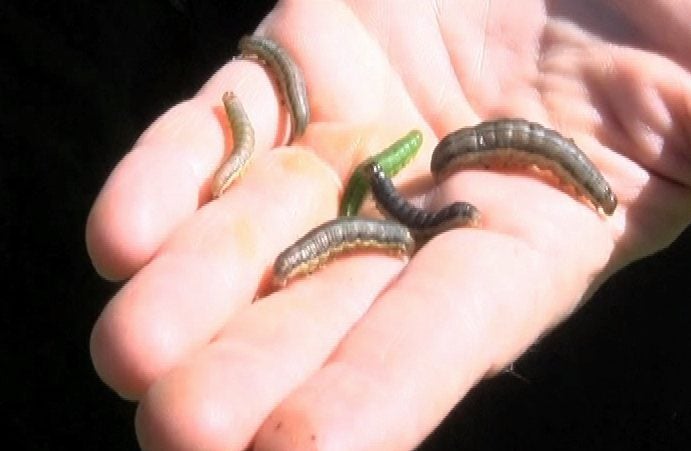 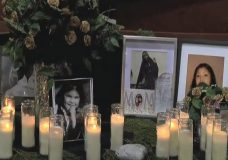 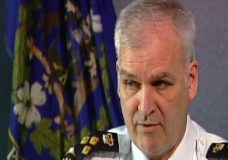