Vincent Gornall has set up a memorial “art alter” in his front yard for his sister Breanne, and for other’s who are mourning a loved one. Breanne, a 31-year-old mother, died by suicide in July at the Goldstream trestle.

“Breanne was, of all the people in the world, probably the person who knew me best and I feel like a part of me has been cut out,” said an emotional Gornall.

Gornall says his sister took her own life at the Niagara Canyon trestle, the same area the body of 16-year-old Andre Courtemanche was found last week.

A GoFundMe has been launched for his family and they hope part of the funds raised can help pay for safety railings at the trestle.

“I’ve personally now had 20 families reach out to me that have suffered the same losses that Andre’s family has suffered due to that trestle and we honestly just can’t believe barriers haven’t been put up previously,” said family spokesperson Kirsten Marten.

The trestle is privately owned by the Island Corridor Foundation, which sent CHEK News a statement saying “we are deeply saddened by this event but we are not able to comment.”

While the trestle may be private property it is popular with hikers. Tragically it’s also a place Langford first responders are called to on a regular basis.

“To do a recovery of a body often tragically or to encourage someone not to take their life,” said Langford Councillor and Chair of the Protective Services Committee Lillian Szpak.

Szpak says it’s clear some solution, whether it’s railings or even signage with crisis line contacts, is needed.

“Would that be a deterrent? Perhaps it would. Maybe a small barrier is enough to make someone have a doubt whether they want to carry through,” she said.

“Just that signage or that barrier that says stop, we care, we want you to stay with us.”

Vincent Gornall says he can’t believe, with so many tragedies, nothing has been done

“Not only am I really surprised that nothing has been done about this, I’m angry and I’m appalled, this site is a known danger, there are people dying there every year, lots of them, and that’s not okay,” he said.

And he says alongside the Courtemanche family, he’s prepared to fight until something changes.

“I’m never going to get her back and we need to make sure this doesn’t happen to other people,” he said.

If you or a loved one are struggling with depression or having thoughts of suicide you can call the Vancouver Island Crisis Line at 1-888-494-3888. 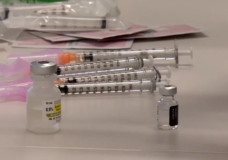 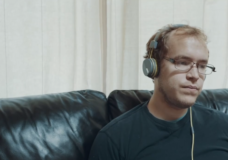