Posted: Jan. 15, 2021 7:36PM
File Photo
Cameron Webster is the main subject in the short film Follow My Brain -- A documentary produced in Victoria, by film-makers from Vancouver Island.

Over the past year, Cameron Webster has opened up about his mental illness like never before.

“It shows a good, candid, optimistic story about mental health and my recovery journey,” said the 25-year-old.

Webster is the main subject in the short film Follow My Brain — A documentary produced in Victoria, by filmmakers from Vancouver Island.

“This film really began with the intention of changing the narratives around Psychosis,” said Robyn Thomas, the film’s director who’s currently in Scotland pursuing a master’s degree in global mental health. “Psychosis is often characterized by hallucinations and delusions, so basically seeing things or hearing things that aren’t real.”

The film details Webster’s journey as an amateur boxer and how mental illness impacted his life in the ring and beyond.

“I eventually got diagnosed with Schizoaffective disorder,” said Webster, a Reynolds Secondary graduate.

In the film, Webster explains his psychosis experience and his journey of recovery.

The film aims to shed light on the serious, yet treatable illness.

“So many people go through psychosis, actually about three per cent of people will experience psychosis at some point in their lifetime,” said Thomas.

“We want to raise awareness so people know, like, these things happen,” said Webster. “It’s okay if it happens and there’s support things you can do to help things get better.”

Those involved call the film a major achievement, especially considering the many delays and setbacks caused by the COVID-19 pandemic.

Webster says he’s doing quite well and has made an effort to de-stigmatize mental health through several public speaking engagements.

As of today, Webster is enrolled in Mental Health Addiction studies at Camosun College. When asked what she hopes audiences take away from watching the film, Thomas said the goal is to “inspire, educate and show that there’s hope.”

The Victoria Film Festival has shifted online this year and runs February 5th-14th. 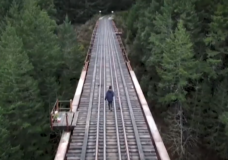 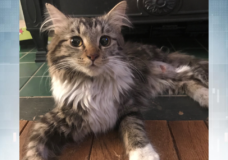 'Quite the rescue': Victoria firefighters free cat from drain pipe