Humpback whale takes on a pod of transient killer whales

It’s the highlight of any whale watching expedition, seeing, and filming killer whales close up in the waters off Vancouver Island.

And a group of tourists on April 12 have a front row seat to a spectacular show put on by a pod of transient killer whales.

All of a sudden there’s another player in the scene.

Naturalist Olivia Esqueda is on board, trying to describe what they’re all seeing, caught on camera for the first time.

“The humpback whale was kind of trailing up behind them,” Esqueda said.

A five-year-old humpback whale, known as Valiant, is swimming behind, and around the killer whales.

Esqueda said they couldn’t believe what they saw next.

“We all of a sudden saw the next surface with the humpback right in the middle of all the killer whales.”

For twenty minutes they watch, transfixed as Valiant took on the killer whales alternatively stalking, and harassing them.

This is not new behaviour for Valiant, according to those familiar with the humpback, taking on the top predators of the ocean.

Prince of Whales skipper Mark Malleson says there’s a reason this particular whale is so bold.

“It’s apparent when it was a calf, when it was in its first year it had had a close call. Because you can see in this picture here, the rake marks, the killer whale rake marks. It would have happened when it was with its mom.”

For those on board, they all know what they are watching is something special, including Esqueda.

“There’s something happening in front of us that hasn’t been seen before,” Esqueda said. “It’s hard not to just kind of be like a kid at Disneyworld.” 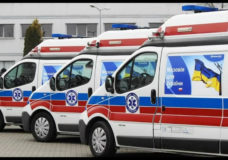 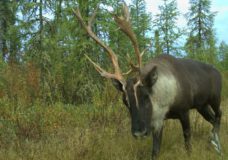 Ottawa's ultimatum to Quebec on caribou is a warning to other provinces, experts say