It’s been a whale of a year for whale sightings in the Salish Sea.

New data from the Pacific Whale Watch Society shows 2021 was a fantastic year for seeing whales.

“Looking back it was filled with pretty much daily whale sightings and lots of good news in terms of babies and things like that,” said Erin Gless, executive director of the Pacific Whale Watch Association (PWWA).

The association says it logged a record number of Bigg’s killer whales in our waters as well as sightings of them.

“They were present for about 90 percent of the year so Bigg’s Killer Whales really dominated the Salish Sea and the Department of Fisheries and Oceans just came out with their quarterly information update and there were 11 calves born in 2021,” said Gless.

Some of those calves were documented near Vancouver Island.

The association says it also documented a record 21 humpback calves.

“Our PWWA naturalists documented humpback whales on 301 days of the year and you have to remember we don’t run every day so it was possible they were even more than that,” said Gless.

A marine mammal researcher says the increase in Biggs Killer whales and Humpback whales is positive.

But researchers say the challenge is still for the endangered southern killer whales, which are lacking enough salmon to feed on.

“We stopped killing the seals and the sea lions that the Bigg’s killer whales depend on so much for their diet on our coast and we stopped killing humpback whales, so we have this second chance and truly the most important thing here is what are we humans, we coastal British Columbians going to do with our second chance,” said Jackie Hildering from the Marine Education and Research Society.

Hildering says we need to limit vessel traffic near whales, limit burning fossil fuels and limit netting and debris in oceans that could entangle whales to ensure their comeback continues. 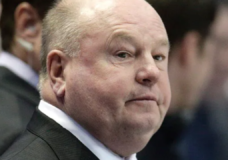 'It's about the players': New coach Boudreau a welcome refresh for Vancouver Canucks 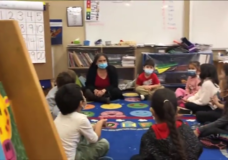