‘Humiliating and dehumanizing’: An Indigenous woman’s experience at the Royal Jubilee Hospital

An Indigenous woman says she left the Royal Jubilee Hospital on Monday feeling humiliated after her concerns were dismissed.

Nikki Sanchez woke up on Monday morning, hopped out of bed and got into the shower. That’s when the pain began.

“It really felt like there was a throbbing fist [in my lower back] radiating pain down my legs and through my pelvis,” Sanchez said.

Sanchez has a history of cysts and fibroids and was recently diagnosed with pelvic inflammatory disease.

The pain was so excruciating that her mother called an ambulance and she was taken to the Royal Jubilee Hospital. In the ambulance, Sanchez said she asked to be put on a gurney since sitting up was causing her so much pain, but she said her request was denied.

When Sanchez got to the emergency room, she collapsed on the floor, laying down to manage the pain.

“I was immediately surrounded by orderlies who basically told me that if I didn’t get up, I’d be removed by security,” she said. “I came to the hospital because I couldn’t stand up, and then to be told I was going to be removed by security for the exact reason I came to seek medical attention was really humiliating and dehumanizing.”

A woman who was in the waiting room came up with a solution, Sanchez said. She moved over and made space for Sanchez to lie down on some of the chairs.

Two hours later, Sanchez was able to see a doctor, but she said her concerns were dismissed even though she tried to communicate her medical history.

“The supervising doctor, who used her stethoscope to check my reflexes on my knees, my feet, asked me to get up and walk, and then told me there was nothing wrong with me and I should go home and take an Advil,” Sanchez said.

In a statement to CHEK News, Island Health says it takes all complaints seriously and will be following up with Sanchez about her experience.

“In general, when a person comes to the emergency department with back pain, they are clinically assessed to rule out serious life or limb-threatening conditions,” the statement reads. “People not at risk of serious conditions are typically stabilized and instructed to follow-up with their primary care provider.”

Those without a family doctor, Island Health added, can go to their local urgent and primary care centre or a walk-in clinic instead.

Sanchez doesn’t know why she was treated so poorly, but after sharing her story on social media, she realized her experience wasn’t unique.

“I received so, so, so many messages from people who had very similar stories from either themselves or their family members being treated that way — predominantly indigenous people,” Sanchez said.

A recent independent investigation into Indigenous-specific discrimination in B.C. healthcare, In Plain Sight, revealed 24 per cent of respondents say staff always act as if they are dishonest. Twenty-three per cent say they always receive poorer service than others.

Island Health said it is working in partnership with, and guided by, First Nations communities to implement the recommendations in the In Plain Sight report.

“We acknowledge that systemic Indigenous-specific racism exists in B.C., and while some steps have been taken to make health care safe and accessible, there is much more to be done,” the statement from Island Health reads.

A survey is also underway across Island Health inviting input about the development of an Anti-racism strategy.

For the Indigenous community, the information in the report is nothing new.

“The chances of an Indigenous person actually going to the hospital when there is something seriously wrong is very low,” noted Songbird, project assistant at the Support Network for Indigenous Women and Women of Colour.

Songbird, who is Nehiyawewin, said it’s up to the other healthcare providers who witness this kind of behaviour to speak up and be allies. 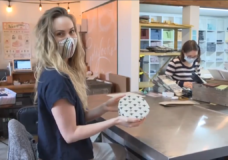 CHEK Upside: How swimming with the sharks inspired a Victoria woman's eco-friendly endeavor 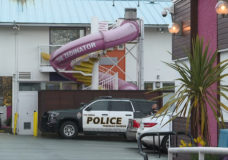