You might think the people who buy and sell children are strangers but all too often, that’s not the case.“I get very angry,” a survivor, whose identity CHEK is protecting, says. “I get very distraught because of the family connection because how do you escape your family?”The Ontario woman, now in her 40s, endured more than three decades of sexual abuse and human trafficking at the hands of her father and uncle and she’s not alone.“Close to 50 per cent of all children who are trafficked are trafficked by family — it’s familial trafficking,” explains Lavender PolkaDot co-founder, Cheryl Brown of Victoria. “It can be mom or dad and aunts or uncles or grandma or grandpa.”

Lavender PolkaDot was set up to help survivors of all forms of abuse and Brown says the biggest misconception about human trafficking is that it’s mainly children and youth being kidnapped.“There are people in Victoria who were trafficked by their parents,” Brown says. “And we don’t talk about that and it’s happening everywhere.”Human trafficking of young people is a growing problem on Vancouver Island and right across Canada.

“We have a couple hundred youth we’re working with that are being exploited in some degree or another, and that’s just the ones that we know of,” says Mia Golden, the crime reduction and exploitation diversion coordinator for Pacific Centre Family Services.

Golden’s been helping trafficking victims in Victoria for the last eight years and made the ‘Tied to a Lie’ documentary about this growing problem.

“I will talk to friends about it and their jaws will drop — especially when we talk about how young the ages are,” Golden says.

Kids as young as elementary and middle school are being exploited.

They’re probably coming to school tired after being taken advantage of and forced to work all night, they may have behaviour changes or abuse substances, and they might be sent away for the summer so they can be exploited full-time.

They’re all signs of potential human trafficking that Brown hopes teachers, neighbours, friends and family will pay attention to.

“Every time you phone a tip into police, it’s something on record,” Brown says.

As for the survivor from Ontario, she just hopes her story will help others.“Sometimes it seems when you’re in that position that there’s no way out, but I’m here to tell you that there is a way out.”

If you suspect someone may be the victim of human trafficking, you can anonymously report it to Crime Stoppers at 1-800-222-TIPS or submit a tip online at this link.

Other Signs of Human Trafficking: 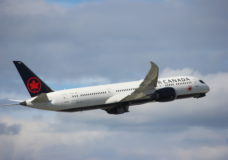 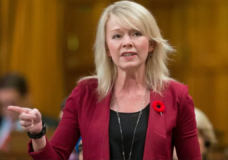