Posted: Jan. 30, 2022 5:05PM | Last Updated: Jan. 30, 2022 5:33PM
CHEK
WatchAn alarming number of young people on Vancouver Island and from across Canada are the victims of human trafficking. Tess van Straaten takes a look at the growing problem and how Crime Stoppers is hoping to help.

For the last eight years, Mia Golden’s been trying to help young people in Greater Victoria who are the victims of human trafficking.

“The numbers are high — we have at least a couple hundred youth we’re working with that are being exploited in some degree or another, and that’s just the ones that we know of,” explains Golden, the crime reduction and exploitation division coordinator for the Pacific Centre Family Services Association.

Golden says human trafficking of young people of all genders — both from Vancouver Island and elsewhere in Canada — is actually quite common.

“It can be done via local sites like Sugar Daddy, social media sites, dating apps — it’s quite alarming,” she says.

And sadly, the numbers are only getting higher.

“It’s very concerning because the other piece that’s of concern is how much younger and younger the young people being trafficked are becoming,” Golden says.

Children as young as 12 and kids under 10 are also being exploited online — asked to provide explicit photos and videos.

It’s why Golden produced the documentary ‘Tied to a Lie: Human Trafficking & Youth Exploitation in B.C.‘ for middle and high school students.

January is Crime Stoppers month and the insidious nature of this hidden crime is why the anonymous tips service is focusing on human trafficking this year.

“It would be amazing if we received more tips regarding human trafficking, and then we can pass it on to investigators to hopefully stop it from happening,” says Gillian Millam of Greater Victoria Crime Stoppers.

Greater Victoria Crime Stoppers was incredibly successful last year… Close to 1,200 tips came in, resulting in 72 cases being cleared and recovering more than $1.7 million of property, cash and drugs.

“We are successful because people trust us and we want people to know they can trust us,” Millam says. “When the tips come in, we have no idea who the people are that are sending them in. We don’t know if they’re male or female, young or old, and the IP addresses are blocked so we have no way to trace them.”

You can anonymously report a tip to Crime Stoppers by calling 1-800-222-TIPS or submitting it online at this link. 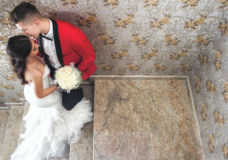 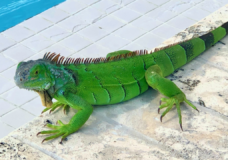 It got so cold in Florida that iguanas fell from trees