Feeling better after bout with COVID, Horgan urges British Columbians to ‘get on with our lives’

Premier John Horgan says he’s feeling better after a bout of COVID-19 and is encouraging British Columbians to “get back out in the world” and not be afraid, despite concerns about a possible sixth wave.

“Having gone through cancer treatments, my desire to fully engage is heightened, not diminished. For those who are worried, be cautious but don’t be afraid. Get out back in the world and do the best you can,” Horgan said in an interview with CHEK News’ Rob Shaw on Wednesday.

Horgan joined the tens of thousands of other British Columbians earlier this month when he announced that he had tested positive for COVID-19. He said Wednesday he had “mild symptoms” that lasted for a few days and is feeling better now.

“A bit of a sniffle, I would say. I wouldn’t call it congestion. Literally, it was a drippy nose and a bit of a cough. I was worried about [my] lungs.”

His comments come after a coalition of advocacy groups — Protect Our Province BC, Safe Schools Coalition BC and BC School COVID Tracker — called on the B.C. government to reinstate the mandatory mask requirement for indoor public spaces, as well as businesses, public transit and schools.

Health Canada has warned that a sixth wave is likely and that daily average case counts have increased from the previous week — although to what extent isn’t clear in British Columbia because the province no longer provides daily updates.

However, Horgan said Wednesday that people should listen to public health officials but also move on with their lives.

“I am of the view that we should continue to listen to our public health officials, take that guidance when we hear it and get on with our lives and enjoy it to the best of our ability,” he said.

It’s not clear what it would take for B.C. to reinstate a mask mandate, if at all. Provincial Health Officer Dr. Bonnie Henry said during a press conference on April 5, that B.C. is in a “good place” to remove some of the restrictions — such as mask mandates — because there is a high level of immunity.

“I think the worst-case scenario would be if a whole new variant arose that was a coronavirus that was able to evade vaccine protection and was causing more severe illness than Delta. Then we would have to look at taking some of those more drastic measures that keep people apart and slow down transmission.”

B.C. has officially recorded 357,242 coronavirus cases since the start of the pandemic, though the true figure is believed to be four to five times higher. 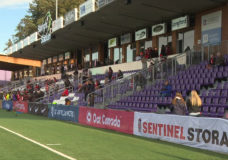 Starlight Stadium to expand to 10,000 seats once BC Hydro pole is relocated 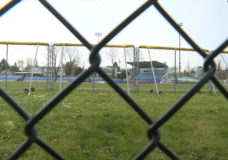