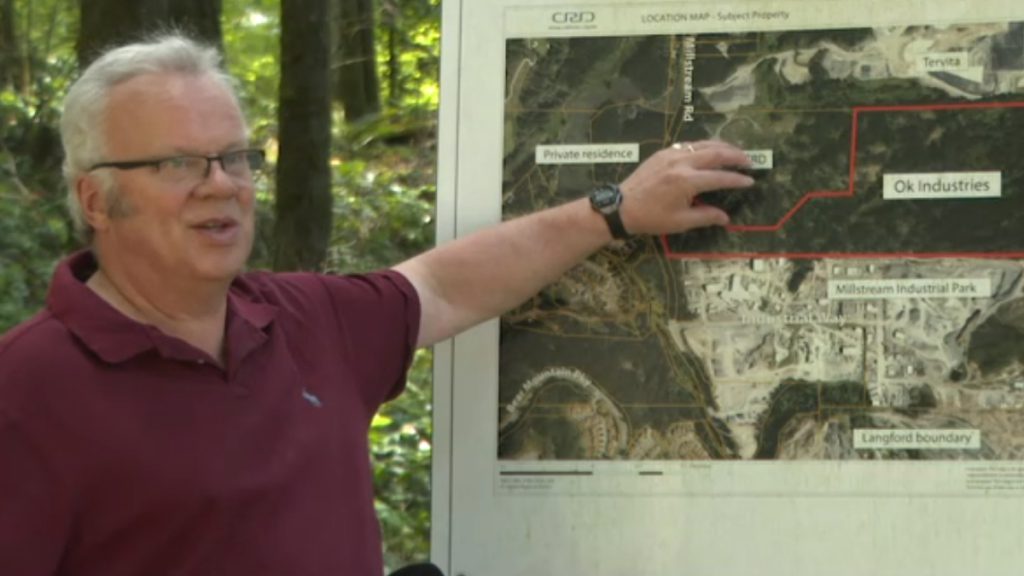 The HDCA applied for a temporary injunction on Aug. 31 after finding out that OKI announced plans to start the beginning phases of construction weeks before the start of a BC Supreme Court case looking into the validity of the provincial mining permit granted to OKI in March of 2017.

OKI decided to apply to the Ministry of Energy, Mines and Petroleum Resources for the mining permit after city council denied its rezoning application to change the land for industrial use a year prior, according to Highlands Mayor Ken Williams. The HDCA is challenging the mining permit in BC Supreme Court this October.

The stop-work request was brought to the BC Supreme Court by the HDCA in an attempt to postpone the tree-clearing and blasting needed to carve an access road on the property to begin preparations for the first portion on the land to be mined.

“We filed our stay application because we wanted the land kept in its current condition until the October Supreme Court hearing of our original challenge of the province’s mining permit
issued to OKI,” said HDCA spokesperson Scott Richardson.

The interim injunction was brought forth by the HDCA against the Attorney General for British Columbia, the Minister of Mines, Energy & Petroleum Resources, and Donald Harrison in his capacity as delegate of the Chief.

In the end, Judge Funt ruled against the HDCA, stating in the court documents, “I see little, if any, irreparable harm to the petitioner prior to the start of actual quarrying and the petitioner does not appear to have a strong case. OKI’s site preparation activities are authorized by a presumptively valid quarry permit.”

The judge also stated the importance of OKI to be able to start construction right away.

“OKI will suffer irreparable harm if the site preparation activities cannot be undertaken prior to the planned May 2021 start of Phase 1 quarrying. In all of the circumstances of the
case, it is not just and equitable to grant the injunction,” said the judge.

Richardson said he is disappointed with the Supreme Court’s decision on the stay request, but he remains optimistic that the upcoming judicial review will provide a fair hearing of the HDCA’s and the community’s concerns about the rock quarry.

“All we can hope for now is that OK Industries respects and abides by our municipal bylaws and permits for tree cutting, riparian encroachment, blasting and rock and soil deposit and removal,” said Richardson.

The HDCA has remained strongly and vocally opposed to this strip mine since it was first proposed in 2016 and mounted a #NotOK campaign. A community petition against OKI’s
the proposal amassed more than 1,000 signatures, nearly half the municipality’s population of 2,200, and 3,000 others signed a Change.org petition.

“If OKI wants to be part of the Highlands community, as they say they do, it would be appropriate for them to comply with our bylaws the same as any Highlands citizen would,” said
Richardson.

The BC Supreme Court hearing regarding the validity of the granted mining permit for OKI will take place in Vancouver from Oct. 19 to 22, 2020. 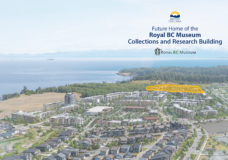 Your Money for September 18