Posted: Jul. 16, 2019 11:58AM | Last Updated: Jul. 16, 2019 6:15PM
Shutterstock/Courtesy of CBC
A little brown bat, or Myotis lucifugus, is pictured on B.C.'s Vancouver Island in an undated stock photo. The bat is a species of mouse-eared microbat found across North America and weighs only about eight grams.

Health officials say a 21-year-old Parksville man who died from rabies after he came into contact with an infected bat on Vancouver Island encountered the nocturnal mammal in the daytime.

Provincial health officer Dr. Bonnie Henry told CBC the man was outdoors in mid-May when a bat “essentially ran into his hand.”

“This is a very tragic case of a man who had direct contact with a bat a couple of months ago in early May and didn’t think much of it at the time,” Henry told CHEK later on Tuesday.

“It was in the day, which is a bit unusual. Bats are nocturnal animals, so for them to be active during the day, is sometimes a warning sign that they may not be healthy.”

The man has been identified online as Nick Major. The location of the encounter and species of bat have not been revealed.

Henry also said the man may have not realized there was an issue as sometimes when a person comes in contact with a bat, they may not see the scratch or bite that can lead to an infection.

“It was not an exposure that anybody would necessarily think was risky, but the challenge with bats is that they have very small teeth and even a minute scratch or bite sometimes is not even apparent, and clearly, in this case, was enough to transmit the virus,” Henry said.

“By the time he was in hospital and the thought of rabies came to the care team, he was critically ill and he passed away this past weekend,” Henry told CHEK.

Henry has not said whether the man sought medical attention immediately after the encounter, or before symptoms arose.

His death is the third rabies-related fatality in the province since Health Canada began tracking reports of the disease in 1924. The first was in 1985 and the second in 2003. There have only ween 24 known cases of human rabies in Canada since the 1920s. The most recent cases in Canada were in Ontario in 2012 and Alberta in 2007.

According to the province, anyone in B.C. who comes in contact with a bat, even if there’s no obvious bite or scratch, must wash the affected area with soap and water. They should then visit a health-care provider or local public health department immediately. Staff will assess the risk of rabies and may provide a vaccine to prevent infection.

“That’s one of the challenges with bat contact, is that you may not be able to see a scratch or a bite mark, it can be very small,” Henry said.

“And that’s why it’s so important that if you have any direct contact with a bat, to wash that area thoroughly and to seek medical attention.”

Rabies is also known as hydrophobia because one of the symptoms is paralysis of the throat muscles leading to a fear of water. This viral encephalitis is spread by infected mammals. Dogs are responsible for most of the cases worldwide. However, bats are the only known carriers and reservoirs of the rabies virus in B.C. They can carry and pass on the virus without showing symptoms.

In humans, symptoms generally appear three to eight weeks after exposure but could take up to several years. They include headache, fever, difficulty swallowing, excessive drooling, muscle spasm or weakness and strange behaviour. If vaccinations to prevent the disease are not administered before the onset of symptoms, death is almost certain.

About 13 per cent of bats tested in B.C. are positive for rabies. This means there is an ongoing risk for people and for companion animals, such as cats and dogs. Officials say it is important to also ensure pets’ rabies vaccinations are up to date.

If you believe your pet has had contact with a bat, consult your veterinarian.

For more information on rabies, visit the BC Centre for Disease Control.

With files from Rhianna Schmunk, CBC 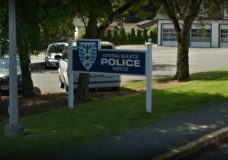 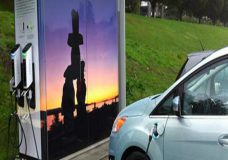