It’s taken five years, but perseverance has paid off, and Victoria’s Connections Place at 3375 Oak Street has opened its doors.

“Clubhouse started out in 1948 in New York City” Powell continues.  “It was a group of people who got together — they had just been released from the psychiatric hospital, and they weren’t thriving.

“They began to meet on the steps of the New York Library, brainstorming ‘how are we going to get better?’  And they created this wonderful model: psycho-social rehabilitation.”

“Because of its success,” Powell adds, “that model has now been replicated into over 330 Clubhouses worldwide.”

Connections Place will offer support, food, meaningful work, and a place to belong.

Executive Director Georgina Patko points out that this is not a drop-in centre.  One must register, and become a member.

“Membership is free, and for life,” says Patko, “so once you’re a member here, you can come back anytime.”

Andrea Paquette, founder of the Stigma Free Society, is vice-chair of this Clubhouse.   She often thinks back on the role Connections Place might have played in her journey.

“In 2003, I was diagnosed with bipolar disorder,” says Paquette.  “I suffered a psychosis where I saw things, heard things, believed things that weren’t real.  It plunged me into a depression where I couldn’t even feed myself, cook, shower…you know, all of those things.”

Paquette’s depression became so deep that she attempted suicide.

“And now, we have Connections Place.  The Clubhouse.  Where people can come with mental illness.  For me, if this place existed [in 2003] I would have had a place to eat.  Somebody would have cooked that meal for me. I would have been able to come her and have friends, because I was so isolated, and everybody left me.  I really think that if I attended this Clubhouse, I wouldn’t have attempted suicide.”

The community showed its support with a huge turnout at the grand opening on Feb. 21.

“It was absolutely wonderful!” says Paquette. “We had over 125 people come to the Clubhouse opening that night. Everybody was so enthusiastic and positive!”

Patko stresses that the Sisters of St. Ann played a huge role in the creation of Connections Place, with a donation of $500,000.

“None of this would have been possible without the generous donation of the Sisters of St Ann.

“It’s such a great meaning of support for us.   [It’s confirmation] that this is something that’s going to really work, and help a lot of people” says Patko.

“This space is going to mean great things for Victoria” Paquette adds enthusiastically. 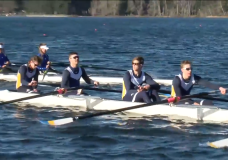 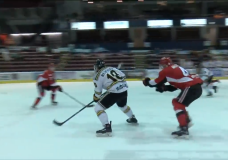