From skiing in the streets to an e-bike plow, Victorians embrace the snow 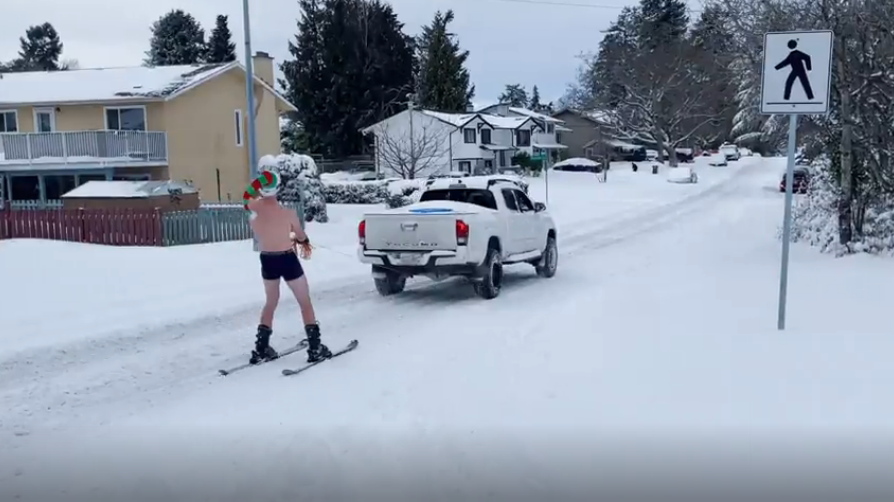 As some dig their way out, others are getting creative and making the most of Tuesday’s massive snowfall that pummeled Greater Victoria.

The recent dumping saw more than 30 centimetres of snow in some areas on the South Island, prompting one group to take a sport often seen on mountains to the streets of Gordon Head and film the gnarly experience.

The video, posted to Reddit, is titled “Pretty typical Canadian snow day in Victoria” and shows a man clad only in a Christmas hat and underwear skiing down the street as he’s towed by a truck. The video attracted quite a bit of attention online:

“We were interested in spreading the Christmas cheer and giving everyone something to smile about on a snowy day,” Reddit user CPride12, the person behind the camera, told CHEK News.

“My friend on the skis just bought them and thought it’d be a good opportunity to test them out before bringing them out to the hill. We’re loving all the feedback and glad everyone seems to enjoy it as much as we did.”

However, while it was all for fun, it may not be encouraged by city officials as a City of Victoria bylaw document says a person cannot sled when their arm or hand is attached to a vehicle on a highway.

Clearing the way, one pedal at a time

Saanich’s Phil Marciniak, meanwhile, challenged himself to think outside the box and pedal his way through the snow, all the while doing a (wheely) good deed.

Marciniak, an appliance repair technician, attached shovels to his cargo e-bike a few years ago and hasn’t looked back since as he clears sidewalks and bike lanes to help out his neighbours and others around town.

“I am totally happy just doing it as a citizen and maybe if I can inspire other folks in the region, and even further out, to find ways to improve and clear snow from the shared spaces that we all rely on,” Marciniak told CHEK News.

The homemade design came to be after he noticed local sidewalks and bike lanes were often left unplowed or unshovelled to the dismay of residents who rely on them.

And it’s a fitting feat, considering the rate of Victoria-area commuters who bike or walk to work is higher than in any other major city in Canada, according to recently-released census data.

While the two-wheeled snowplow is all for fun and not profit, Marciniak, who also owns a Saanich-based cargo e-bike business, is ready to share his invention with others in hopes it’ll create a chain reaction.

“I think at this point…the next step is going to be sort of document that makes it something that other people can replicate,” he said.

“I know a lot of people have asked me how I built it, how you install it, how you use it, so there seems to be a lot of interest there. So I’m going to lay out exactly how I made it, do a little video and post a little design on sustainawave.ca.”

Marciniak says his snowplow may need some fine-tuning if more heavy flakes are in the forecast, considering eight or so inches, or 20 centimetres of snow, is the maximum it can push through.

If it’s more than that, “I always get stuck,” he added with a laugh. “I push and then it’s kind of like hitting a wall of wet concrete.” 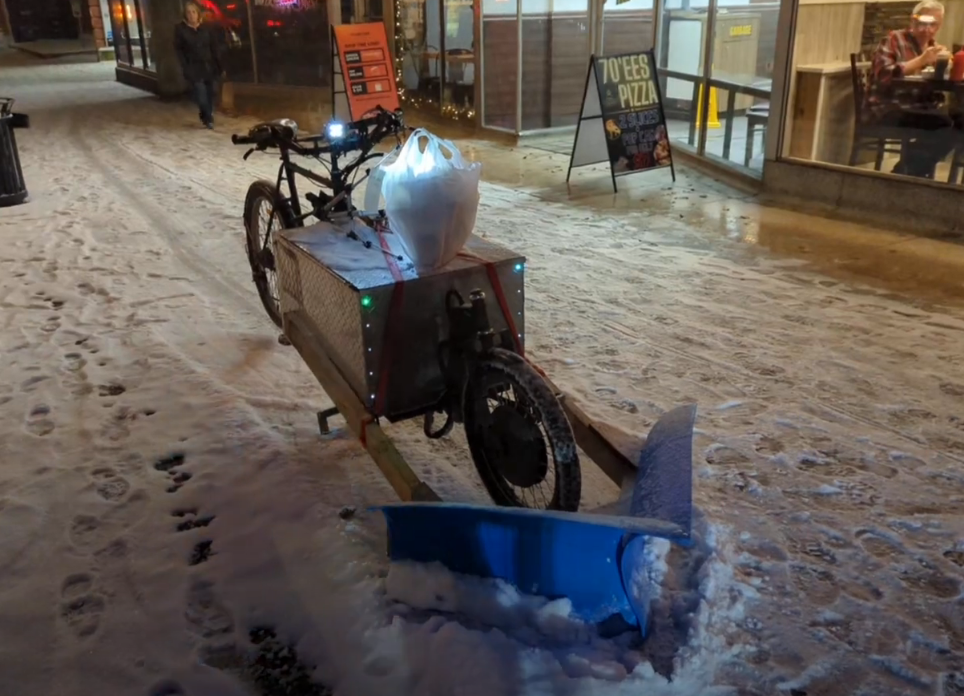 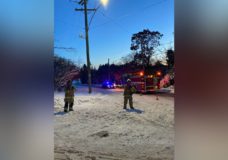 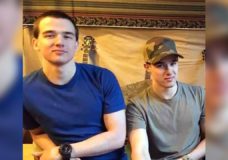