Founder of the Chemainus Mural Project has died at age 92

On many days throughout the year you’ll find tourists travelling through Chemainus to view and take pictures of its 63 murals.

The murals have made the town famous, but it never would have happened without Karl Schutz, who’s fondly remembered by those who knew him.

“A dreamer, he was a perfectionist, he was a master merchandiser and promoter and was instrumental in ensuring this little town of Chemainus continued to live a bright and happy time,” former North Cowichan mayor Graham Bruce told CHEK News on Monday.

In the early ’80s, with inflation and interest rates on the rise, Shutz painted his vision of murals to the town’s then-mayor after seeing something similar during his European travels.

“I remember saying that day, ‘You got to be crazy. You’re going to send me back into the town to try and convince the community that’s in a downturn that we should spend thousands of dollars turning this into an art gallery?’ And we had a good laugh over all of that,” Bruce said.

But that’s exactly what happened.

Instead of seeing brick walls, Schutz saw canvases. He coaxed artists from near and far to paint and always championed where he lived.

“I think it would be in the best interest of not only Chemainus but Vancouver Island and British Columbia if they would take a second look at that,” Schutz said of the project back in 2005.

“He was a man that had passion. Passion for tourism, passion for economic development and when you think about him coming to Canada as an immigrant with virtually coins in his pocket from arriving in Vancouver, and look what he’s done for Chemainus and the world,” said friend Betty Short.

His branding through arts and tourism was adopted by more than 100 communities.

The Vice-President of the Global Mural Association, which Schutz formally headed, says Schutz even saw art as way to create world peace.

“When we are connected, when we understand each other in our different needs to create a peaceful environment, you know, because when you are friends why do you have to fight against each other?” said Steffen Junenemann.

Schutz also was behind an independent Chemainus currency that stopped circulating in 2021.

Schutz died in hospital Thursday with his wife and friends at his side. He was 92 years old. 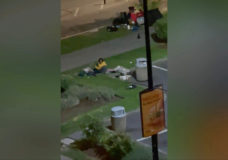 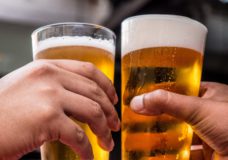