June 13, 2020 updated
CHEK
WatchWith some physical distancing, the show will go on as the Vic Theatre in Victoria leads the country in the return to cinema.

Victoria’s Vic Theatre has sold out their first physically distanced screening Friday, as they lead the country in the return to cinema.

“We are probably one of the first if not the first theatre in Canada to reopen,” said Kinga Binkowska, Head Programmer at Victoria Film Festival.

“We are so excited, we have been missing the film for almost three months now, so it’s very existing tonight to welcome our audience back to the theatre.”

Preparations began at the end of May. Safety is the star of the night. Seats are physically distanced, the theatre is cleaned between every screening, contact with staff is minimal and you can get your tickets online.

You can also still get your favourite snacks and drinks. But it’s all contact-less. After you pay, they bring the goodies to you.

They have already sold out the 50 seats for their first screening, and next week’s spots are going fast.

“Victoria is such a film lovers city,” said Binkowska.

“I’ve just been blown away with how people love films and The Vic and love coming here. Almost all the films for the first week are sold out, I think Friday is sold out. I think it just shows how much people missed films.”

And the opening film is The Trip to Greece with Steve Coogan and Rob Brydon.

Binkowska is the head programmer, tasked with choosing the perfect balance between movies like travel films and ones that still challenge your thinking

“We have fun themes this time, the first week is going to be travel films, so for everybody who can’t travel, which is everyone, you can come here and watch a trip to Greece, Lost in Paris or a documentary from New York,” she said.

“But also we want to challenge them, we are bringing three films a week and it’s going to be films that are lighthearted, but things that people can experience.” 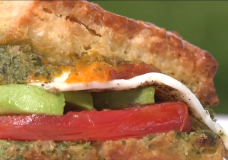 Order Up: Ruth and Dean 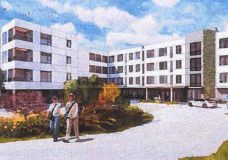