Posted: May 28, 2020 4:00PM | Last Updated: May 28, 2020 6:21PM
CHEK
WatchYou may have binged on movies with all that free time, but some feel nothing compares to the real thing on the big screen. A Victoria theatre is now getting ready to open its doors to bring that fun back.

The Vic Theatre in downtown Victoria is preparing to open its doors on June 12, but going to the movies won’t look the same as before.

Inside, there are physical distancing signs on the floor. Plexiglass panels are being put up near ticketing and the concession, and inside, elbow to elbow seating will be a thing of the past.

The 215 person capacity will now be only 50, in one row there will be two people allowed on each end, the next will be empty and after that, three will be allowed in the middle.

“We are just doing all the things they are doing at lots of businesses. We are also cleaning the theatre between every film.”

The Vic Theatre is the first movie theatre in Greater Victoria who has announced they are planning to open.

“We are trying to do our best making sure that people feel comfortable coming when they come here,” said theatre manager Jackson Melenchuk.

“We want to still provide a great movie experience for them, so we are going through all the steps, trying to sanitize everything.”

The popcorn and drinks, including alcohol, are staying but will be handled with extra precautions. Tickets will also be offered online to avoid the counter.

They say many are missing the movie experience.

“People still want to connect and feel like life is normal and movies are very much a part of that,” said Kay.

“There is something about the experience here,” said Melenchuk.

“We serve alcohol, you get to talk to your friends after, it’s very much the social aspect of it that brings the experience, much better than watching a movie on Netflix by yourself. ”

And they are not stopping there. A drive-in movie is also in the works for June 19 and 20. The venue is to be announced. B.C.’s Provincial Health Officer Dr. Bonnie Henry announced last week that there will also be a restriction at all drive-ins of 50 cars.

But as distributors are holding new releases, the Vic Theatre is getting creative on what they’ll screen.

“I’m hoping for The Trip to Greece, which is the one with Steve Coogan,” added Kay.

“We are also looking at a little nostalgia, but there will also be a couple of films that are travel films, so places you might want to go while you are in isolation.” 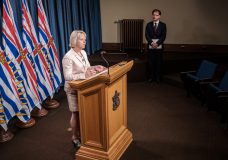 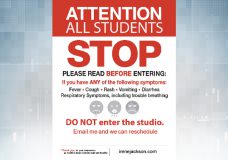 Commentary: The Grand Reopening. Sort of…