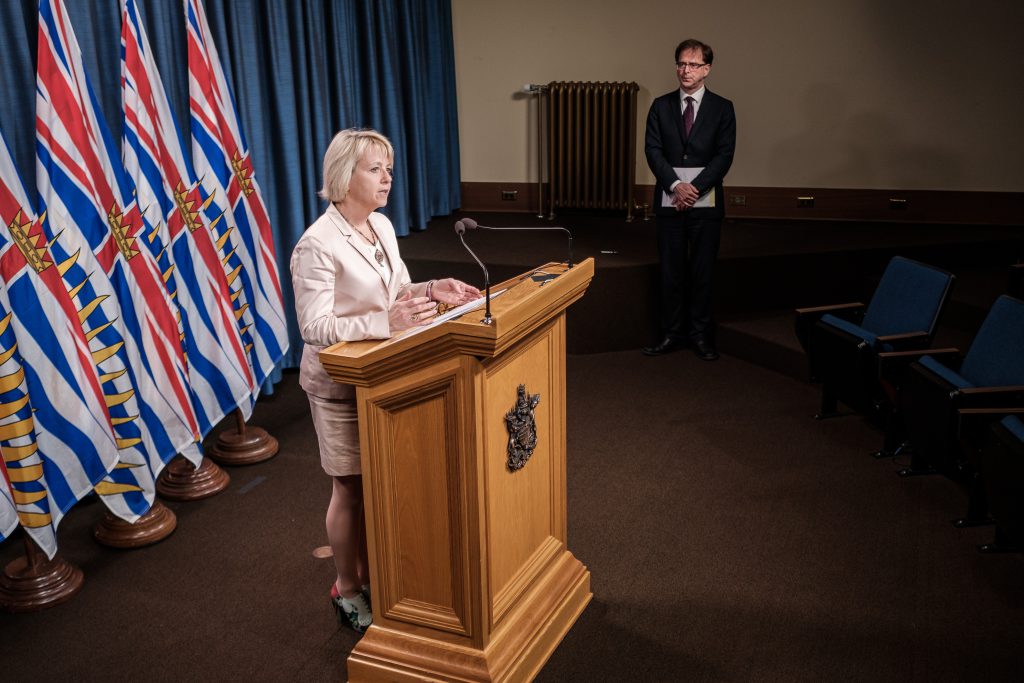 Province of BC
Health Minister Adrian Dix and Provincial Health Officer Dr. Bonnie Henry provide an update on COVID-19 on May 28, 2020.

B.C. health officials reported nine new cases of COVID-19 on Thursday, but none of the new cases are in the Island Health region.

There have been 127 confirmed COVID-19 cases in Island Health since the pandemic began.

Elsewhere in B.C., there have been 899 cases in Vancouver Coastal Health, 1,274 in Fraser Health, 195 in Interior Health and 63 in Northern Health.

As of Thursday, there have also been two more deaths from COVID-19, bringing the death toll to 164. The deaths were in long-term care in Fraser Health.

There is one new health-care outbreak, at Nicola Lodge in Port Coquitlam. There is one case in the facility so far.

B.C. Health Minister Adrian Dix said at the start of the pandemic, there were 533 health-care facilities in B.C. employs multi-facility staff. A total of 497 facilities have complete plans to have employees work at a single site and progress is underway at the remaining 36 sites, Dix said. Dix described the process as “challenging.”

He also said the deaths of so many of B.C.’s elderly and vulnerable residents as a “blow to everyone.”

There are no new community outbreaks and the outbreak at Mission Institution has been declared over. That means there have been no new cases for two incubation periods.

Henry said by mid-June, the province will have a good understanding of how to move forward and determine the timing of the next phases under B.C.’s Restart Plan.

Henry also updated a public health order on farmers’ markets on Thursday. The revision removes the ban on selling merchandise. According to Henry, the change is appropriate as retail stores are also reopening. Eating at tables at markets will also be allowed, similar to restaurants.

Both Henry and Dix also addressed the impact of COVID-19 on B.C.’s opioid crisis. In April, 117 people in the province died from illicit drug overdose – mostly men between the ages of 20 and 50.

“We also are mindful of this other public health crisis that continues … and we are working hard to address that emergency as well,” she said.

According to Henry, drug toxicity seems to have increased in recent weeks while access to overdose prevention sites has been interrupted in some areas of the province. Calls for physical distancing and self-isolation have also led to more people using alone, which increases the risk of fatal overdoses, she added.

“This is a very risky situation for people who end up using alone because they are afraid or ashamed to talk to their family … about their drug use,” she said.

Henry once again called for decriminalization of drug possession and elimination of the stigma around drug use.

To see a breakdown of B.C.’s COVID-19 numbers by health authority, visit the B.C. COVID-19 dashboard.

To complete B.C.’s COVID-19 survey, which closes on May 31, visit the B.C. Centre for Disease Control.

Researchers with Johns Hopkins University and Medicine say the number of COVID-19 cases is more than 5.7 million, with more than 358,000 deaths. The numbers are compiled from official and media reports. 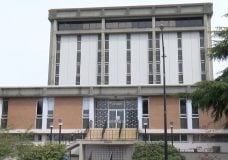 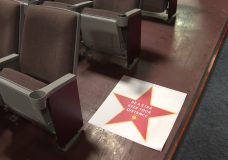