As the logging season returns this year, so does the fight. Protestors are gearing up to create another blockade at Fairy Creek over the logging of old-growth forests.

Camp is now open heading into our third season of the blockade! We are doing things a little differently this year so please visit us on FB or Instagram for details on how to join us before heading out, even if you are an experienced blockader. See you soon! pic.twitter.com/InhAYEyT2K

Teal Jones is the company with the contract from the province and the Pachedaaht First Nation, to log in the area. All the aformentioned stakeholders have repeatedly asked the protestors to leave.

“If they want to continue to protest, maybe head to the Legislature to the people who make the laws and regulations,” Conrad Browne, director of Indigenous partnerships told CHEK News.

The Fairy Creek protests are already the largest act of civil disobedience in Canadian history, with more than 1,100 arrests.

For activists, the reasons behind the movement are as much about the environment, as it is Indigenous lands and title.

“We want to save the old-growth, we’re here also for Indigenous land sovereignty. We are on unceded territory,” one demonstrator told CHEK News in 2021.

For more than a century, timber has been extracted from Pachedaaht territory with the Nation not seeing any profit. As of 2018, the Nation struck an unprecedented partnership, splitting 50 per cent of profits on some of its forestlands.

At stake, Teal Jones told a judge is $20 million dollars in wood products, the profits of which, to be shared with the Pachedaaht First Nation.

2021’s enforcement at Fairy Creek cost taxpayers more than $10 million dollars and was characterized by increasingly violent tactics, by both police and protestors.

“Under the current Provincial Police Service Agreement, policing costs within provincial jurisdictions are subject to the 70:30 cost-share agreement between the Province and the federal government,” said the Ministry of Public Safety and Attorney General to CHEK News in a statement.

The RCMP didn’t respond to CHEK News’ request for what 2022’s budget of enforcement at Fairy Creek will be, but said enforcement of the injunction will continue.

“The RCMP will continue to conduct daily patrols of the corridor to ensure that the forestry roads remain unimpeded and accessible,” said RCMP spokesperson Cpl. Alex Bérubé.

B.C.’s Court of Appeal has extended an injunction restraining the conduct of protestors interfering in logging operations until Sept. 26, 2022, setting the stage for this war in the woods to continue. 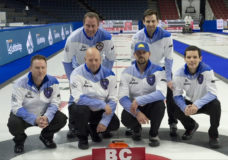 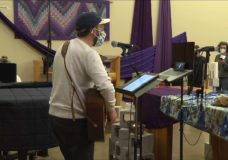