Victoria’s Corey Chester is still buzzing after representing B.C. at the 2022 Brier in Lethbridge.

“I just got back from the Brier on Saturday and I’m still riding the high of being there,” said Chester, a member of the Victoria Curling Club.  “It’s the greatest curling event in the country.”

“It’s not only one of the biggest events in curling, it’s unarguably the biggest party,” said Komlodi.

Komlodi is hoping to bring that party to Victoria. He and his team are working on a bid to host the 2024 Brier Canadian Men’s Curling Championship.

“Not only is it a celebration of all things curling, it’s an opportunity to introduce the sport to new people and grow the game,” said Komlodi, who remembers falling in love with the sport after attending the 2002 Brier as a child.

Victoria’s hosted major curling events before including the 2009 Scotties Tournament of Hearts, and the World Men’s Curling Championship in 2013. Komlodi says they already have a proven venue in the Save-On-Foods Memorial Centre, and the city’s mild climate and natural beauty give them a distinct edge over competing bids.

“For the fans of the brier who plan to travel, it’s an attractive place to visit in March in Canada,” Komlodi says.

But Komlodi says there’s another x-factor that he believes will put Victoria’s bid over the top.

“The people. We’re friendly, warm people and we come out in droves to support big events like this,” he says.

Komlodi says the Brier could also help provide a boost to the local economy, citing a report which details the economic success of the 2020 Brier in Kingston.

The winning bid of the 2024 brier is set to be announced this summer. Komlodi says the public can assist in the bidding process by emailing [email protected] and expressing interesting in purchasing tickets and/or volunteering for the event. 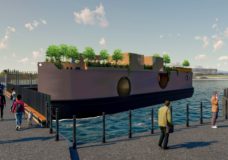 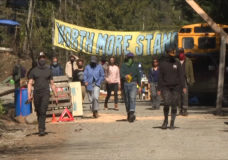