WATCH: It is a frustrating and costly time for BC’s oyster farmers. Hundreds of people have become sick from oysters produced in Baynes Sound, off Vancouver Island’s east coast. But the entire industry has taken a hit and those in the industry are calling on Ottawa to crack down on the source of the problem. Kendall Hanson reports.

It’s much quieter than it should be at Odyssey Shellfish these days.

The trucks haven’t been moving since they voluntarily shut their Deep Bay oyster farm a month ago but their 50 full-time employees are still getting paid.

“Good people are hard to find, so we keep everybody on, through a time like this,” said Keith Reid, owner of Odyssey Shellfish. “So it gets rather hard to keep the paycheques going when there’s no cash flow.”

The facility is one of four to close following an outbreak of norovirus linked to the consumption of raw BC oysters.

Nearly 300 cases have now been reported in BC, Alberta, Ontario and California.

The department of fisheries and oceans continues to investigate but its suspected at least one boat in the herring fleet dumped raw sewage around Baynes sound, contaminating the oysters.

“It’s affected the BC brand of oysters even though the contamination happened in a very small area,” said Reid. “We need to have the government step up to the plate and enforce the regulations and the regulations are that you can’t dump raw sewage within 3 miles of any land.”

The BC Shellfish Growers Association says BC’s entire oyster industry has taken a hit even though just 5 farm leases have been linked to the norovirus.

“Those individuals who haven’t been closed on a precautionary basis are still impacted by losses between 40 and 60 percent,” said Darlene Winterburn, the Association’s Executive Director. “So the feedback I’m getting from folks is a 50 percent cut in reduced sales.”

The good news around here is that the outbreak appears to be slowing down.

“There have been no illnesses since mid-April so we’re hopefully moving our way forward to declaring the outbreak over,” said Winterburn.

So the trucks may be moving again around here soon but it’s feared it will take a lot longer to rebuild the damage done to their reputation. 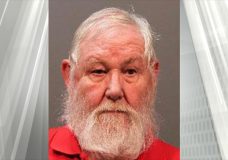 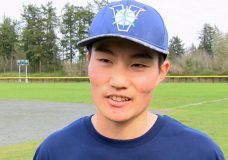