No injuries after boat catches fire at Port Sidney marina

A boat that caught fire in the Port Sidney marina around 3 p.m. Saturday has sunk.

Sidney Fire says no one was on-board or injured during this incident.

One person was stuck on a section of dock due to the fire blocking a way out, they were tended to by paramedics on the scene.

Smoke and flames were seen coming from the vessel by many witnesses, smoke could be seen from as far away as Victoria International Airport.

No cause of the fire has been determined. 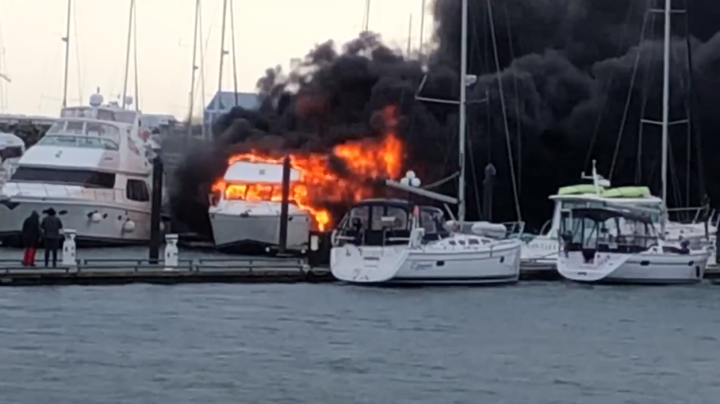 The boat on fire at the Port Sidney Marina (Photo: Howard Freeland) 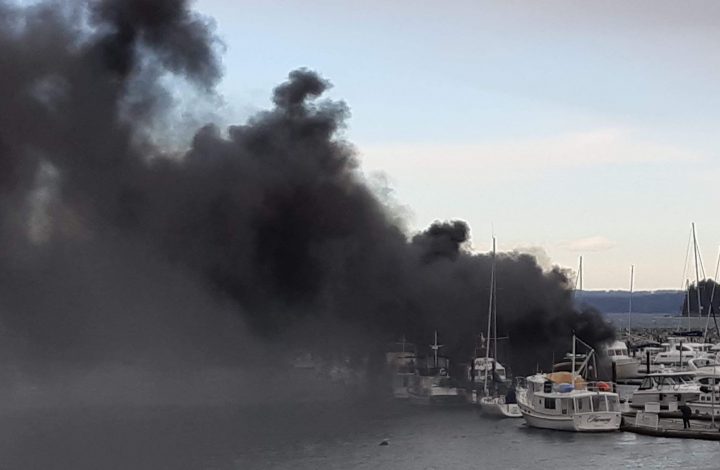 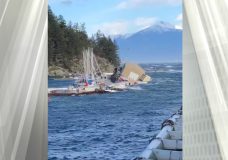