The frontrunner to replace John Horgan as B.C.’s next premier is suggesting that while the government’s new urgent and primary care centres (UPCCs) are important, they alone cannot fix the province’s doctor shortage crisis.

Calling the doctor shortage his “number one priority,” David Eby told CHEK News political correspondent Rob Shaw that if he becomes premier he would dramatically boost financial incentives so that new family doctors choose to work in the community instead of a hospital or walk-in clinic.

That could include provincial nursing help to take on tasks like routine vaccinations, as well as having health authorities handle the business side of family practices like leasing space, hiring staff and maintaining electronic records systems — tasks that are currently left to doctors alone.

“I think the solution for family doctors is really going to come from the doctors. They’re going to tell us what they need to do this practice best,” said Eby. “If we can support them, that gives them more time to spend with patients.”

Eby said he wouldn’t scale back on the number of UPCCs recently opened by the NDP government, but emphasized the importance of family doctors to the province’s struggling health-care system.

“I think urgent primary care centres play a critical role in the health-care system and have supported a lot of people through the pandemic, and I can’t imagine we’d be closing services at this stage,” said Eby. “But what we do need to do is support physicians to choose to do long-term care for patients, from birth to death, those family doctors that build those relationships.”

He noted that while important, UPCCs are “not that,” and more doctors are needed to support families in B.C. — particularly an aging population.

“I know that. My wife is a family doctor, and I hear about those challenges in that work and I know that we need to do better for those family doctors,” he said.

Asked whether the crisis is solvable if he becomes premier, Eby said he thinks the public and health care workers “want to solve this issue together” despite major challenges caused by population growth and the loss of retiring doctors.

“Part of that involves just getting more bodies into the health-care system, more staff to solve this problem,” he said.

One solution to the lack of bodies could be to bring internationally trained doctors into B.C.’s system more quickly — and that includes finding them secure, affordable housing.

“I do think there are opportunities for us to take better advantage of international medical graduates, people who have done medical school education, and getting them into the system so we can provide additional support,” Eby said.

“More doctors, international nurses and international health-care workers of all kinds, to recruit them and bring them into British Columbia and support them, and part of that is housing. Making sure that a doctor working in a rural community, who’s going there, has a place to stay. Making sure that a nurse has a place to stay in smaller communities.”

A report released by walk-in clinic tracker Medimap earlier this year found that Victoria has the longest average wait times in the country at 161 minutes per patient, far higher than the national average of 25 minutes.

Negotiations are ongoing between Doctors of BC and the government on the Physician Master Agreement, the document that governs compensation for fee-for-service and alternatively paid physicians in B.C.

With files from CHEK’s Rob Shaw and Laura Brougham. Watch an extended clip of this interview below: 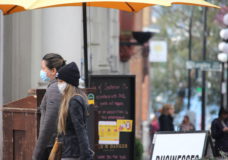 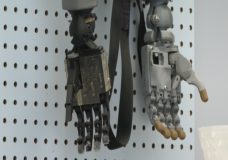