A Victoria charity that specializes in creating low-cost prosthetic arms is putting out a call for help to get their devices to people injured from the war in Ukraine.

The Victoria Hand Project first began in 2014 as a research project at the University of Victoria. Since then, the project evolved into a charity; providing prosthetics to more than 200 people worldwide.

The charity has offices in 11 different countries around the world, giving locals the knowledge to create prosthetics quickly.

“We want the people and the professionals in that country to be making devices for themselves,” said Nick Dechev, founder and current board member for Victoria Hand Project.

Through its various partnerships around the globe, the charity creates prosthetic arms and hands for amputees. The prosthetic uses the movements of a person’s body, powering a cable that controls the arm, hand, and fingers of the arm.

Typical prosthetics can cost several thousands of dollars, but Victoria Hand Project says the cost of their devices can be as little as $150.

“Depending on if the hands are preassembled or not, it could take one day to a week to provide someone with the device,” said Michael Peirone, CEO of Victoria Hand Project.

The charity says it has created prosthetics for amputees of all ages and sizes, but now they’re looking to lend a helping hand to victims of the war in Ukraine.

“There’s professional organizations, there’s a lot of prosthetists that wanna see what they can do in Ukraine,” said Dechev.

The organization says while there’s a need for its prosthetics, Victoria Hand Project is having trouble finding a group to collaborate with and set up an office.

The group is hoping to open up on the ground in Ukraine or in a nearby country.

“Victoria Hand is designed so that we can make prosthesis very quickly—within a week or two,” Dechev said. “But what you don’t want is a situation where amputees are waiting for months or years to be fit.”

Victoria Hand Project does not have an exact number on how much it would cost for war victims since it would depend on where they’re able to open its doors.

“We’re really calling on the public to find resources or opportunities or collaborators to help us work on the ground in Ukraine,” said Peirone.

Victoria Hand Project is a registered charity and says it can provide adequate training and equipment to whichever organization is able to help.

For more information, you can visit the Victoria Hand Project here. 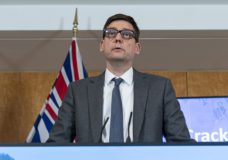 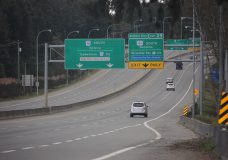 Work begins on Highway 19 upgrades between Nanaimo and Lantzville