Duncan councillors agreed to have staff submit an application to participate in the Bee City Canada program, which encourages communities to support pollinator protection through public awareness campaigns and policy decisions, during their meeting on Monday.

As a designated Bee City, Duncan would be required to create and maintain pollinator habitats throughout the community, educate residents about the importance of pollinators, and participate in International Pollinator Week.

In order to receive official Bee City designation, communities must submit an application outlining various ways they will protect pollinator habitats to Bee City Canada. Currently, there are 50 official Bee City communities. However, only six of them – Kamloops, Delta, Revelstoke, Clearwater, Xwisten Bridge River, and T’it’q’et First Nation – are located in British Columbia.

Council’s decision to apply for the designation came after a presentation from Queen Margaret School students Katia Bannister, Maia Cassie and Nyomi Godard, who had requested that the councillors merely explore the idea.

“Receiving a Bee City designation results in the creation and strengthening of a community that supports collaboration and establishes and maintains healthy pollinator habitat,” Bannister told councillors during the virtual meeting on Monday.

Coun. Tom Duncan said he was fully supportive of the idea.

“We already have a food charter … this just seems like another natural step to make sure we stay ahead of the crowd here environmentally on the Island.”

Coun. Carol Newington, who echoed councillor Duncan’s thoughts, said the process to becoming a Bee City is simple and it just comes down to a matter of interest. She also said encouraging residents and initiatives that support pollinators in the community is a good idea.

“I think it is really important to our survival as far as food is concerned here in the valley,” said Newington.

Speaking to CHEK News on Wednesday, Mayor Michelle Staples said she is thrilled that Duncan is taking steps towards becoming an official Bee City.

“Food security is something that we should all be thinking about and supporting healthy populations of bees is important for not only food security, but for our ecosystems, our environment and for the nature that exists around us,” she said, later adding. “I’m excited that this is becoming more of a part of a conversation around … how we can add to our urban environment to increase the population of bees and increase the health of our communities.”

As a result of council’s decision, Duncan city staff will now be required to submit an application to Bee City Canada in order to become the next Bee City.

Population of pollinators declining in Canada

Pollinators, with the most common ones in Canada being bees, are important within the ecosystem since they fertilize plants and according to the Canadian Association of Professional Apiculturists (CAPA), they are “responsible for one in every three bites of food we eat and $2 billion of Canadian agriculture.”

However, pollinator populations, particularly bees, have been on the decline in Canada. Data from Statistics Canada suggests that the number of honeybee colonies in Canada dropped by a little more than two per cent in 2020 compared to the previous year.

Vickie Wojcik, director of Bee City Canada and Pollinator Partnership Canada, said there are actually more than 800 different bee species in throughout the country and like the honeybee, other populations are on the decline.

“It’s not just the honeybee,” Wojcik said. “The honeybee is actually an agricultural import native to Europe. In North America, broadly speaking, but Canada, specifically, we have 800 plus species of bees, but we only know about a handful of them and unfortunately, some of those, including some bumblebee species, are on the decline.”

It’s that decline that Bee City Canada is hoping to reverse through educational programs and public outreach. In addition to Bee City designations, Bee City Canada allows schools, post-secondary institutions and others to participate in their program and apply for official “Bee” designation.

“The city is a program that engages municipalities. We also work with First Nations communities. We’ve had registration from collectives of municipalities and regional areas as well,” said Wojcik.

So far, 43 schools nationwide are designated as “Bee Schools” with John Barsby Community School in Nanaimo being the only one on Vancouver Island for now — Queen Margaret School in Duncan is in the process of applying.

There are also 14 post-secondary institutions across Canada, including Vancouver Island University, that are an official “Bee Campus.”

Before receiving a “Bee” designation, municipalities, schools, and communities must show some evidence that they have already taken steps to protect pollinator populations.

Municipalities, in particular, must also make a formal declaration, which Bee City Canada requires, before becoming a designated city.

“[The declaration] outlines that there is in fact, a recognition that these are vital to our ecosystems to support wildlife, to bring us food, that they’re facing survival challenges, and that it’s very important that we all take actions to conserve them,” explained Wojcik. “When an application is submitted with a completely ratified, declaration, we review it, process it and if it meets our standards, it is our next Bee City.”

Mayor Staples said Duncan has already taken a number of steps to protect pollinator populations in the community, such as updating the city’s tree palette to include trees that will attract pollinators, and protecting parks.

“We have natural forested areas within our parks that are protected and, and within those areas, there have been habitat restoration projects that protect native plants and also serve as pollinators,” she said.

City councillors have not yet made a formal declaration but are expected to so in the near future, city staff have completed the application. Staples said she surprised at how few municipalities in B.C. are designated as a Bee City and is excited about the idea that Duncan could become the first one on Vancouver Island.

“I was surprised that the absence of the cities in British Columbia, but really surprised at the absence of it on Vancouver Island. So you know, perhaps this can sort of start a trend across Island and we could become a Bee island,” she said. 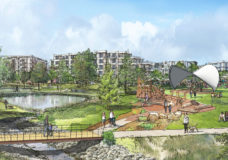 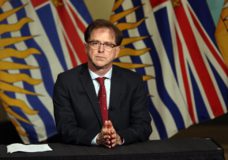