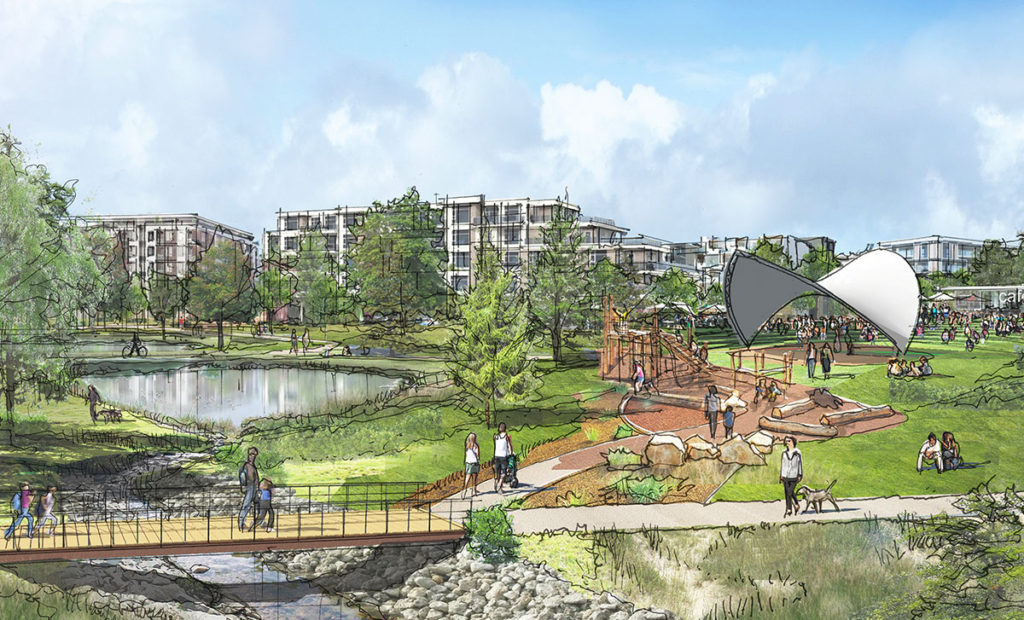 A significant deal has been signed by the City of Colwood in order to bring a new seaside village to the Royal Beach area.

The agreement, signed with Seacliff Properties, will allow for 2,850 homes to be built on the 130-acre plot of land, which includes 1.4 kilometres of ocean shoreline.

The new Royal Beach homes will be a mix of houses, townhouses, condos and apartments.

It will also include 80,674 square meters of dedicated space for businesses, including waterfront pubs and eateries, shops, offices and services.

“This is an important milestone for the development,” reads a statement from the City of Colwood. “It is the culmination of a significant amount of planning over the past four years, including studies, community open houses, public meetings and zoning and Official Community Plan considerations.”

Royal Beach, Royal Bay and Olympic View worked with the City to create an integrated Traffic Impact Analysis that forms the basis for transportation planning in the area as well.

The agreement requires that transit improvements are in place before subdivisions are created and that 8,000 square metres of land is reserved for future transportation exchange, parking or park and ride space.

The City of Colwood says that Royal Beach also includes a potential site for a passenger ferry terminal that would connect the West Shore to downtown Victoria.

According to the City, a 2019 BC Ferries pre-feasibility study determined the ferry would be both feasible and financially viable

Although plans for a transport ferry haven’t been finalized, the CRD Transportation Committee is looking into the possibility and has recommended that a full feasibility study be undertaken to clearly define the requirements, costs, impacts and benefits.

“Using our waterways to move people around our region has the potential to reduce vehicle congestion, increase active transportation options, help the region reach its clean energy goals and showcase the West Shore and our island shoreline in a new way, boosting economic prosperity on both sides,” reads a statement from the City of Colwood.

The seaside village will be built at the “heart of the waterfront area” as part of the first stages of the new development agreement.

The city says the first phase will provide a public gathering place with space for eateries, seating, public art and cultural activities, with connections to a waterfront park and beach activities.

A creekside trail will also be added to provide public access from Metchosin Road down to the plaza and waterfront. 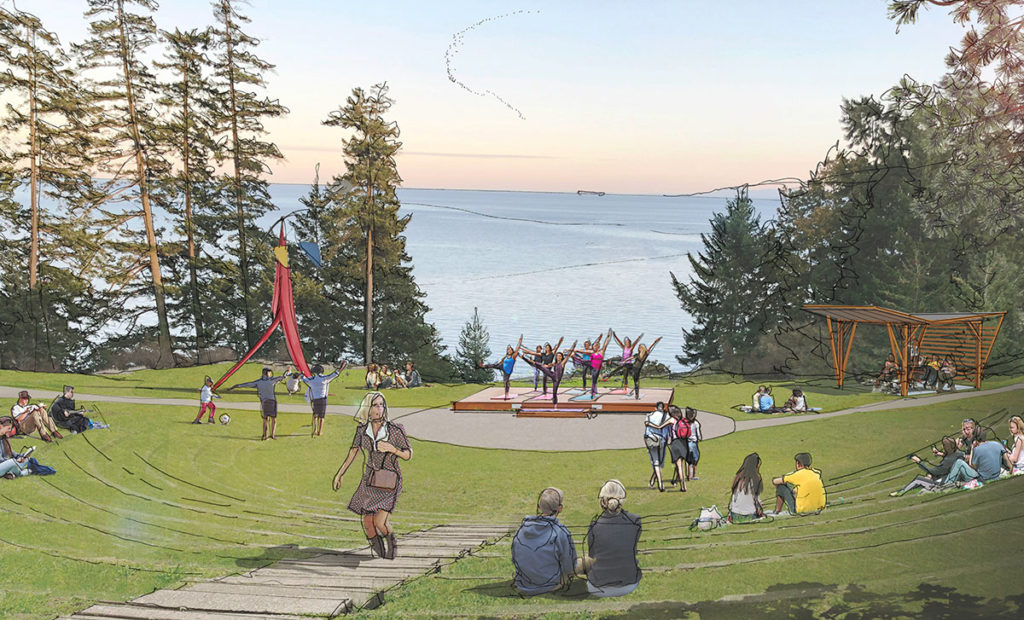 Rendering of the Ponds looking out across the view (Royal Beach). 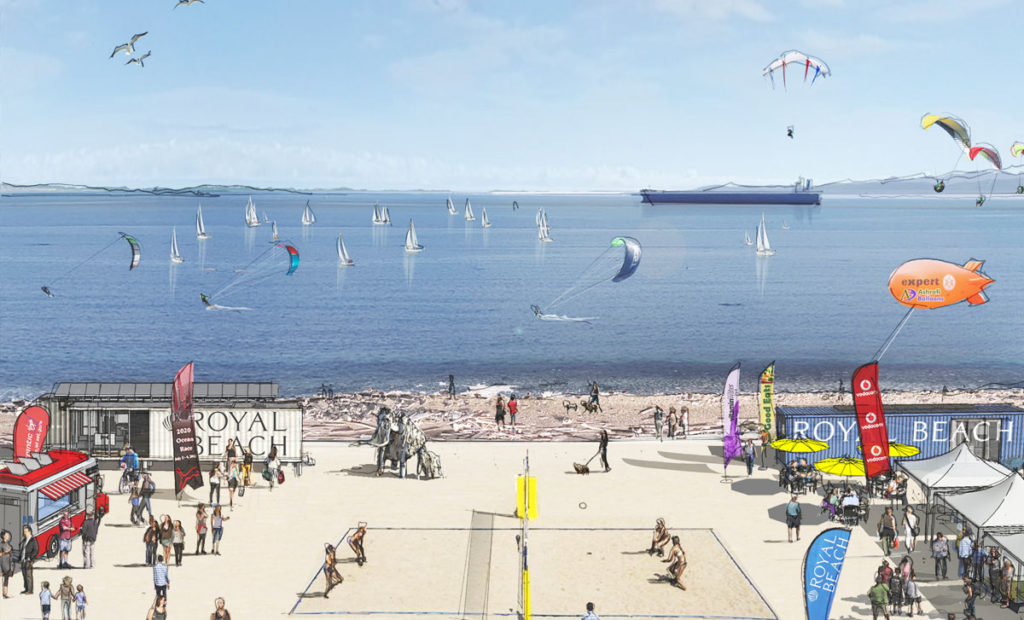