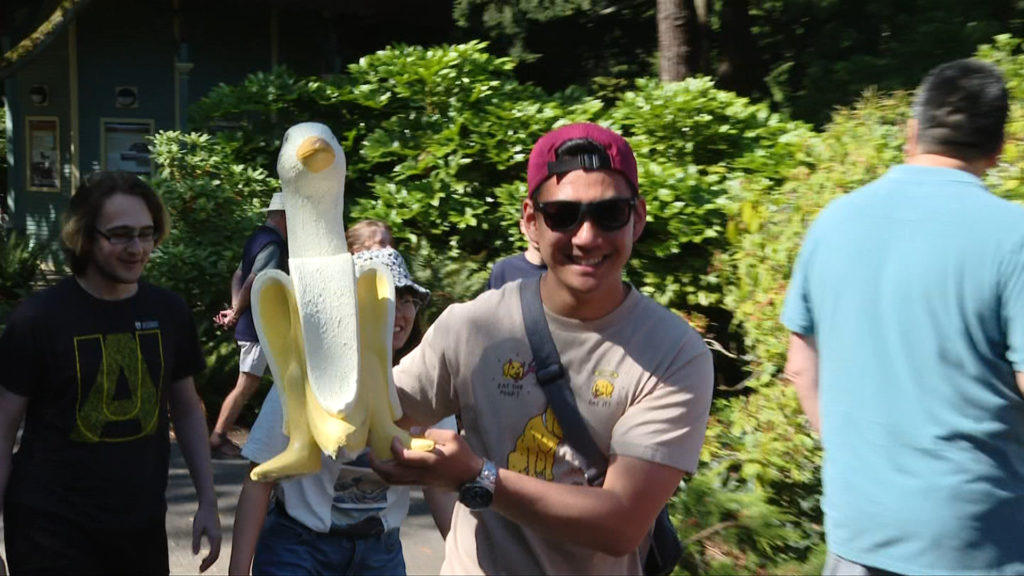 CHEK
A quacky Duckana meet and greet was held at Victoria's Beacon Hill Park on Sunday that many going bananas.

Ducks of a different kind took over Beacon Hill Park on Sunday.

That’s because the quacky Duckana statues that have Vancouver Islanders going bananas were out on display as part of a meet and greet. The event, which featured bananas and ducks, saw a number of locals show up — some in costumes and others with a duck purse — and bond over the bizarre garden decoration.

Geoff De Ruiter, the event’s organizer, said with all that is going on in the world, it felt like a good time to host something fun for the community.

“There’s a lot of serious stuff going on in the world and we have to pay attention to those things but we should also take the time to have community, be fun, and be ridiculous and know that everything is okay and come together upon things that bring us together,” said De Ruiter.

RELATED: What the duck? These bizarre statues have Victoria Reddit users going bananas

Duckana, a quacky garden statue that is sold at London Drugs, gained popularity after someone posted about them on the Victoria subreddit last week — showing two remaining statues at the Tillicum store.

But what began as a joke turned into a run on Duckanas, which come in different sizes, as some rushed out to purchase the fun garden statues that were being sold at a heavy discount.

Some of those at Sunday’s event say the Duckana saga is Victoria at its best.

“I actually don’t quite know what to think about the Ducknanas,” said one woman wearing a Ducknana 2022 shirt. “I’m not sure where they came from and who started the Ducknana but I’m definitely glad it brought us all together.”

It’s not clear where the portmanteau-turned-reality actually originated, but Dubai has showcased street art of the slippery fowl as far back as 2018. 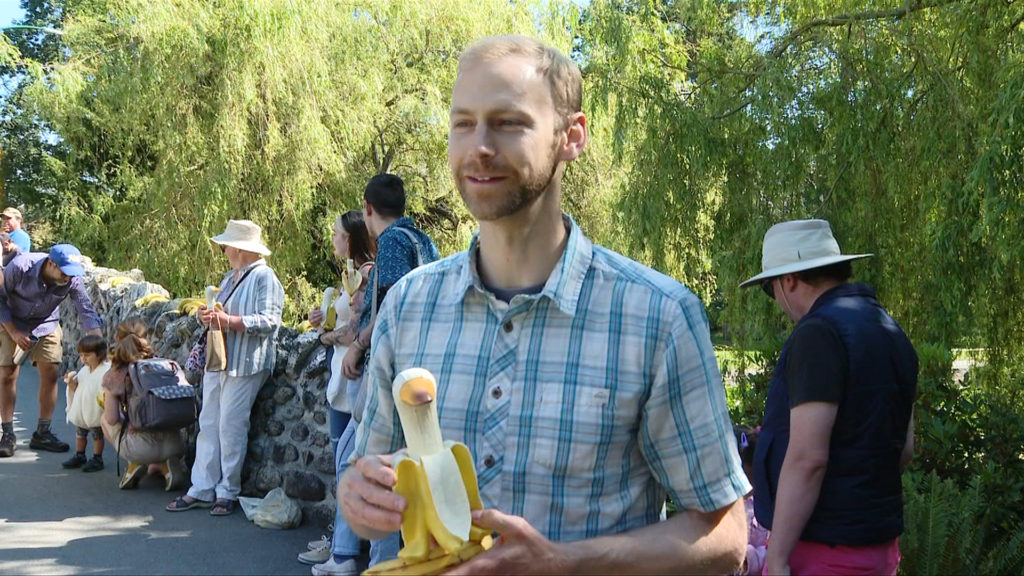 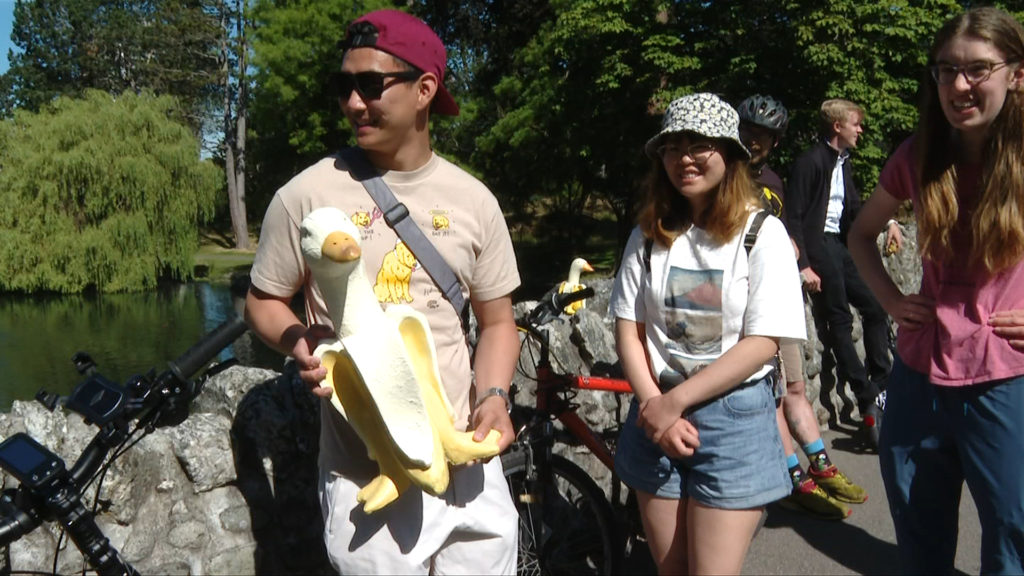 A man holds a Duckana statue at a meet and greet event in Victoria’s Beacon Hill Park on Sunday, July 24. (CHEK News) 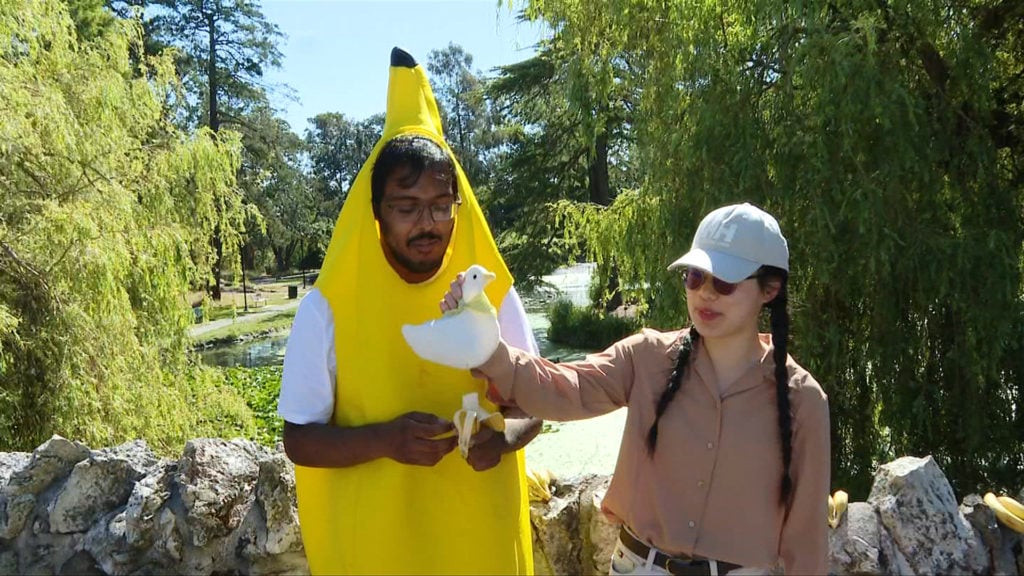 A number of people came out to the Duckana meet and greet on Sunday, July 24. Some of those who came wore costumes or had duck-related items. (CHEK News) 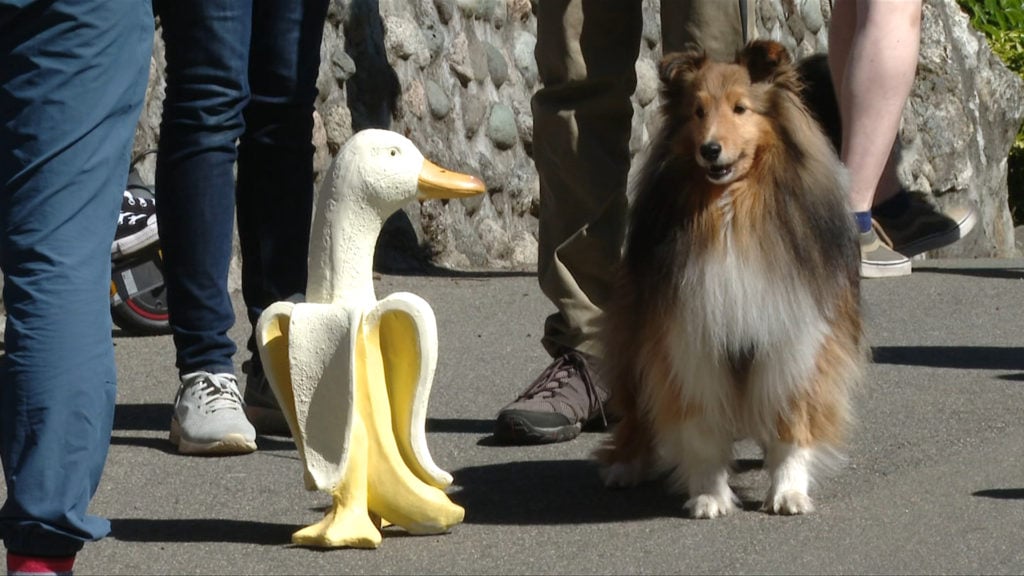 A Duckana, a strange garden statue, sits beside a dog at Beacon Hill Park. (CHEK News) 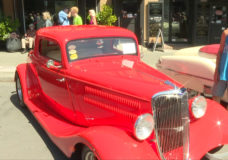 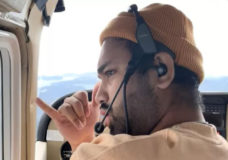