The event, which has been held for 22 years now, featured more than 200 vintage cars, including a 1938 Aston Martin and a 1965 Ford Mustang.

Ken Agate, festival organizer, said that this event captures much of what many Oak Bay residents are interested in.

“This city is iconic in that it has so much of what people like,” said Agate. “This is the type of lifestyle they like, it’s their hobbies, and it’s just beautiful for everyone.”

For the collectors and those who entered their cars into the festival, much of their passion for vintage cars stems from their connection to the past.

Greg Crouch, a vehicle owner at the festival, attested to the nostalgic connection associated with owning a vintage car.

“A lot of it is nostalgia, where people can remember from their childhood,” said Crouch. “They remember the neighbour’s car that was so cool at the time and once they got money when they were older they can afford to buy it.”

The Oak Bay Collector Car Festival is a staple automotive event on Vancouver Island. Sunday’s festival attracted thousands of people and served as an event where policemen, firefighters, and others were able to give awards to people of their choosing. 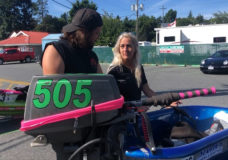 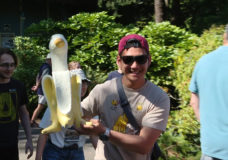