Kristie St. Claire would have loved to sit out on the porch of Amber Manthorne’s home with her childhood friend Sunday.

But instead, she marked a month since the Alberni woman disappeared from the lakefront home remembering how much her friend loved it.

“It feels good here. It feels safe here,” said St. Claire, a friend of Manthorne’s and the volunteer search organizer.

“She loved it here,” she said.

The hard-working house cleaner vanished on July 7, after telling friends she was going to see her ex-boyfriend Justin Hall.

“It was the Thursday in July and she came home from work, texted with a few friends, maybe a couple of phone calls in the evening and that was the last of any contact of any kind,” said St. Claire.

Although her Jeep was found in a ditch near Nanaimo days later, there was no sign of Amber.

Her ex-boyfriend vanished at that time too before surfacing days later, saying he’d lost his phone and denied any involvement in the disappearance.

Hall then went on social media, recording long ramblings and referencing her case.

“So I got a lot of people mad at me, so well, that’s life,” said Hall in a recorded Facebook Live post.

“I see the looks, I see the hate, everybody knows and it hurts. Everybody,” he said.

On Monday, a new podcast will launch featuring Manthorne’s story in hopes of generating new leads.

“If I can play a role in helping now, I’m determined to try,” Laura Palmer says in her podcast Island Crime: Finding Amber.

“And it may blow this wide open and generate a lot more discussion,” said St. Claire.

Her upcoming podcast will release three episodes on Manthorne on Aug. 8, marking one month since the Alberni woman disappeared.

“Oh, I definitely think we are very close to finding more with what happened with her. Whether it’s her belongings or her remains,” added St. Claire. 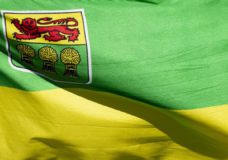 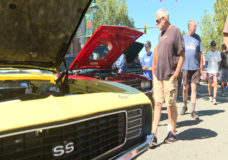