A crime podcast is shedding new light on a woman who went missing in Nanaimo nearly 18 years ago.

The podcast is revealing new details about Young and the case. There’s hope it might mean those who have information will share it with the police.

The night Young went missing, she had been partying with friends. She later left a home with a man in a Jaguar. There are two phone calls to a friend who was still at the party.

Young hasn’t been heard from since.

Her foster sister is among those who are glad there’s a renewed interest in Young’s story.

“The podcast did a really good job showcasing who she was as a person which I think draws more interest in regards to helping solve the case,” said Bosma.

Called ‘Where is Lisa?’, the podcast quickly ranked among iTunes’s Top 10 true crime podcasts in Canada since the first episodes were released last week.

A former CBC producer who was in Nanaimo the night Lisa disappeared is behind the podcast.

“I felt it was not acceptable that someone should simply vanish and that no one has been held accountable. I really felt strongly that Lisa’s story mattered before the pandemic and it matters now,” Laura Palmer said.

Young’s family was involved in numerous searches following her disappearance and has kept her memory alive at annual vigils welcomes the attention.

“I think it’s important to all of us to get the message out to wherever we can because you know my family, we still haven’t had closure to our missing granddaughter,” said Moses Martin, Lisa’s grandfather.

The Where is Lisa? podcast can be found here.

At the time of her disappearance, Young was described as 5’4,” 115 pounds with brown hair and brown eyes.

Anyone with information on her disappearance can call Nanaimo RCMP at 250-754-2345 or call Crime Stoppers at 1-800-22-8477(TIPS) or visit online at www.nanaimocrimestoppers.com 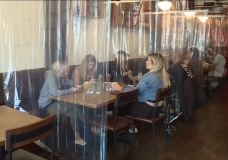 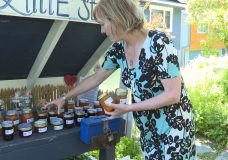