Posted: May 26, 2020 7:03PM
CHEK
WatchIt's a big win for little businesses in Saanich. Council has voted to temporarily allow roadside stand sales while they consider a change to the zoning bylaws. Julian Kolsut has the story.

Two women who set up stands in their front lawns are celebrating after Saanich voted to temporarily allow them and others to continue selling goods.

Katherine Little, known as “the jam lady” opened up her jam stand two years ago. Just over one year ago, she was shut down after it was found bylaws prevented the stand in a residential area.

“It’s about time Saanich, but you know, good for you, you did exactly what you were supposed to do,” said Little.

“It just took a pandemic to get you guys to really react.”

Council voted unanimously Monday night for the change. It will temporarily allow the sale of homegrown and value-added vegetables and homemade crafts within the “Urban Containment Boundary.”

They hope it will help out businesses and individuals struggling during the pandemic. One councillor says that this, and some other bylaws, need a refresh.

“Our bylaws in Saanich are out of date, and for some time I have felt we need to update our bylaws,” said Saanich Councillor and Capital Regional District director Ned Taylor.

“We doing that through our strategic plan. It’s important we are innovative and find new ways to support businesses during this recovery period [in the crisis].”

The fight heated up after Colleen O’Farrell, owner of Foxgloves Flowers, got a notice to shut down from bylaw services after she set up a flower stand on her property.

“My goal was to never break the law, or step on toes or anything,” she said.

“I just wanted to maintain my business through some challenging times, and that turned into a farm cart, I am thrilled I am allowed.”

It’s a much-needed boost as the pandemic has stripped her of business. Many weddings she would have been a vendor for have been postponed, scaled back or cancelled.

But council says they are waiting for a full report from staff to see if they should change the bylaw for the long term. Little says previous attempts to change the bylaw failed, so she and O’Farrell plan to keep pushing.

“I think that Kathryn and I are not going to give up the fight yet and this is a long term plan, this is a wonderful step,” said O’Farrell.

“It’s something that could make sense,” said Taylor.

“But we need to be consulting with the community to see how we can make that work, so that’s a discussion we are going to be having in the future.”

As for Little, who previously worked in law enforcement and who was forced to retire, the stand was a way to help her through PTSD.

And it has now given her a new name.

“Not a day doesn’t go by that someone doesn’t go ‘hey you are that jam lady’ and it’s two years later,” added Little. 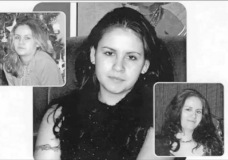 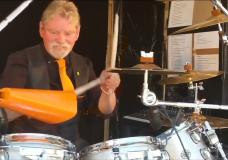 CHEK Upside: Former professional musician rocking out for charity in his own garage