WATCH: Many people turned out Monday morning to see what enforcement action would be taken against those staying on a Nanaimo lot. But as Kendall Hanson reports they didn’t end up seeing what they came for.

People at Nanaimo’s tent city were ready for a confrontation Monday morning.

The city had ordered the campers to get out by Tuesday morning.

The people living on the city lot were bolstered by supporters from the community and from outside of Nanaimo. All were ready for enforcement to begin.

“Constant displacement is dangerous and isolating,” said Mercedes Courtoreille of Discontent City. “We don’t want to let go of this community that we’ve created and tent cities keep people safe.”

Close to 60 tents are still standing despite an order from the city to leave the site by 9 a.m. on May 29. Those staying at the site plan is to defy the order.

“I find it very upsetting that in a country as rich as ours that we even have homeless people,” said Terry Wagar, a Nanaimo resident supporting Discontent City. “We should all be ashamed to allow this to happen.”

“I think these people have found a temporary effective solution to the problem of homelessness in Nanaimo,” said Frank Moher, a Gabriola Island resident supporting Discontent City. “Certainly dispersing these people onto the street is only going to exacerbate the problem they have generally in the community.”

But that’s not how people who were watching from across the street at Port Place Mall felt.

They were hoping to see the city remove the camp.

“I don’t agree with these encampments,” said Nanaimo resident Rod Swanson, who describes himself as a 12-year recovery addict who used to live on the streets. “It’s a select group of people who are breaking the law and it doesn’t do anything for society.”

But the eviction order was not enforced. Nanaimo’s mayor says it’s just a matter of time.

“I would suspect within days they will eventually all be ticketed and then there will be repeats and the process will continue,” said Mayor Bill McKay.

McKay says it could potentially lead to an injunction if necessary.

But for now, the tent city has survived another day.

According to representatives from Discontent City, a special police liaison team has been brought in to deal with the situation. The representatives said police told residents that they want to start by getting to know people first and be nonconfrontational. 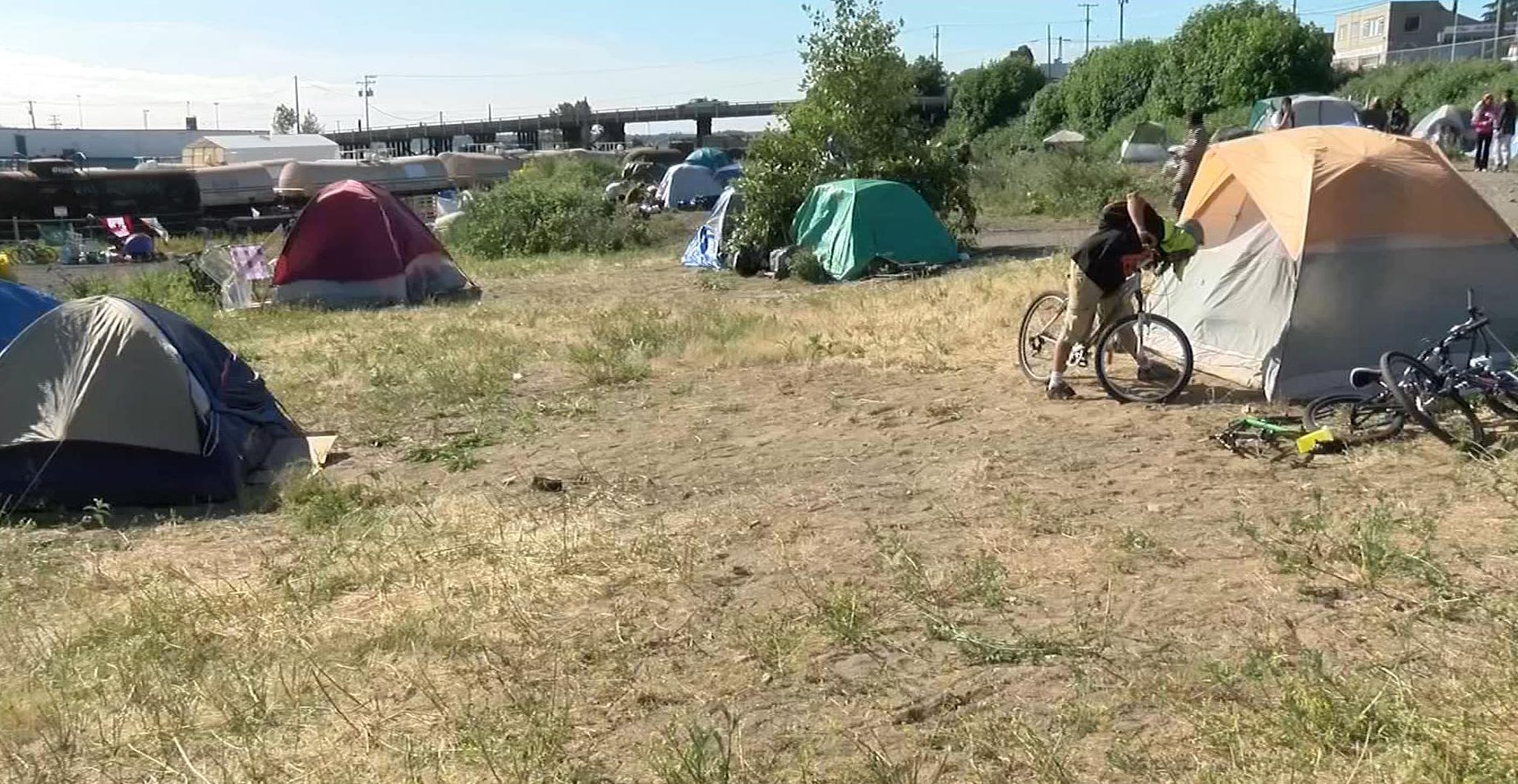 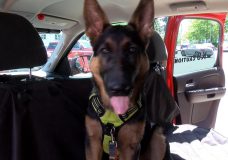 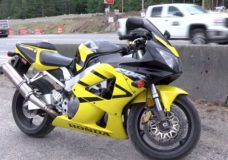