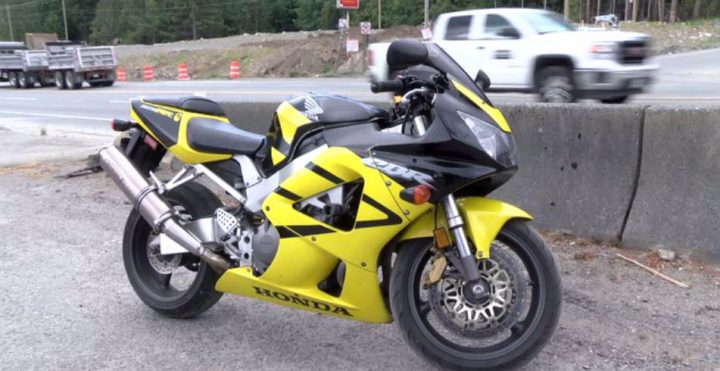 The motorcycle that was stopped near the Malahat highway on May 29, 2018.

A bad decision turned a speeding ticket into something much worse for a motorcycle driver Tuesday afternoon.

Members of the Capital Regional District’s Integrated Road Safety Unit were enforcing speed in the construction zone on the Malahat highway when they clocked a motorcycle going 84 kilometres an hour in a 60 km/h.

But the driver didn’t wait to get a ticket from police.

“The motorcyclist stopped briefly and then swerved around another vehicle that had stopped then took off from us,” Sgt. Alex Yelovatz with the Integrated Road Safety Unit said.

“We radioed ahead. The motorcycle was already getting off the main highway. He was seen hiding in some bushes but gave himself up immediately.”

Instead of a speeding infraction, the driver is now facing recommended criminal charges of driving while prohibited and cause of a police pursuit.

Police also added that they are far busier with enforcement than they should be and there will continue to be a heavy police presence in the construction zone on the Malahat highway. 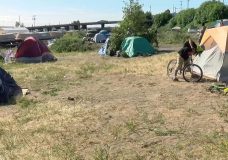 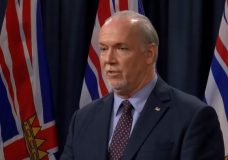