October 30, 2020 updated
CHEK
WatchA pathway for bikes and pedestrians on Dallas Road in Victoria is complete, with its fast and expanded plans saving the city thousands of dollars.

Dallas Road has gotten a makeover. A 2.5-kilometre stretch from Clover Point to Ogden Point has been remade for cyclists and pedestrians.

“It is superb, it is excellent. They’ve done a wonderful job down here. They’ve exceeded my expectations. This will become a top ten destination in Canada,” said local cyclist Murray Sinclair.

Even Victoria’s mayor seems to enjoy the new multi-use path, biking down on Thursday afternoon.

“Last Sunday I got on my bike, parked my bike and ran along the waterfront,” said Mayor Lisa Helps. “We’re one of the most livable cities in the world and now we finally have this great waterfront amenity to enjoy.”

The path was originally part of the Capital Regional District’s new wastewater treatment plan, but the City of Victoria proposed a little upgrade.

READ MORE: From sewage to a pellet: A look at the CRD’s new residual treatment facility

“It was originally just supposed to be a bike lane, but with the pandemic, we saw the need for people to be outside and be able to walk,” said Helps.

Even though it’s an addition to the original plans, it ended up saving the city money.

Redoing the bright blue concrete rails along Dallas Road near the Breakwater was not part of the original sewage plan, but the rails had been there since 1957 and would have had to been replaced within the next five years due to erosion and safety concerns.

Completing the sewage pipes and bike path now, and the rails in a few years would have been two large, separate projects, costing the city much more than just doing them together, according to Ross Kenny, manager of Victoria’s manager of transportation operations and construction.

While he couldn’t put a specific estimate on it, Kenny says the minimum cost of the railing-redo would have cost a minimum of $500,000, as well as the cost of construction, surveys and research of the surrounding conditions.

But adding it onto the current construction meant only a slight increase in cost for the City of Victoria, with Kenny calling it a win-win. He says residents can enjoy the pathway sooner, and at the same time, save the city hundreds of thousands of dollars.

Since its completion this month, the increase in pedestrians has been noticed by local businesses.

For the small cafe and its new ice cream shop, the increase in foot traffic is a breath of fresh air amid the pandemic.

“With the construction, it was a nightmare for a couple of years, but now it’s absolutely beautiful. There’s lots of space, lots of space for walking for parking. We’ve definitely seen more traffic,” said Helm, who opened Imagine Ice Cream in July, right below the restaurant.

With construction finally complete, residents now have an incredible ocean view to enjoy, while keeping their distance in this pandemic. 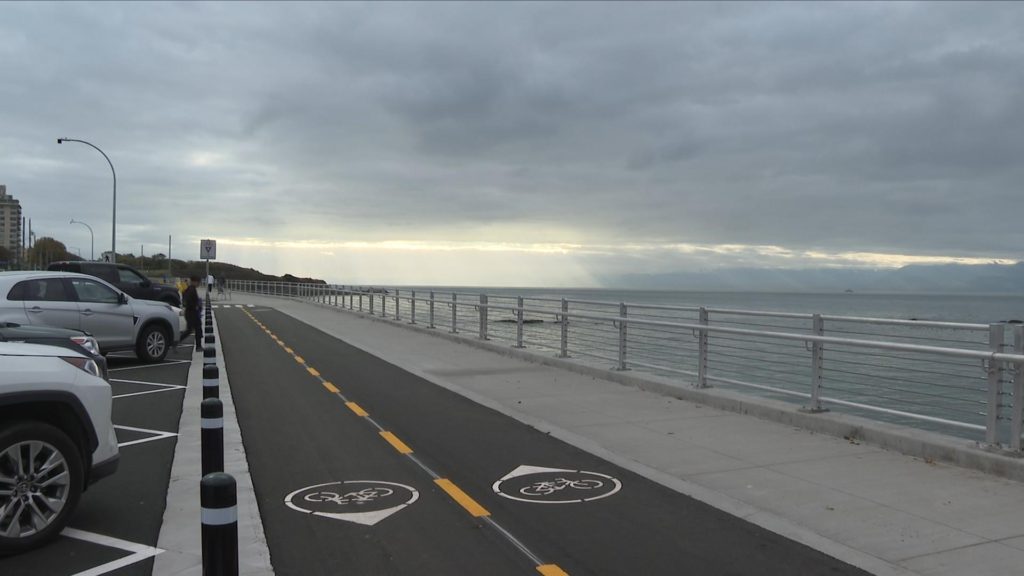 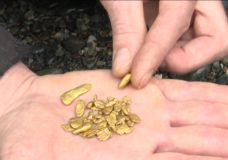