July 2, 2020 updated
CHEK
WatchResidual solids from the McLoughlin Point Wastewater Plant will be piped to the residuals treatment facility at Hartland Landfill, where they will be treated and turned into what are known as Class A biosolids

When the sewage project is up and running, all of the residual solids from the McLoughlin Point Wastewater Treatment Plant will be sent in a 19-kilometre pipe to a new facility built at Hartland Landfill.

The $126-million site is spread out over a lot the size of five football fields.

Inside a series of large tanks, the residual solids will be heated and dried to produce a small black pellet known as a Class A biosolid.

The CRD says the small coffee grind like substance has several beneficial uses including as an alternative energy source.

“We heard from the province that the end product, the biosolid, had to have a beneficial use,” says CRD chairperson Colin Plant.

The CRD board has agreed to send the majority of the biosolids to a cement plant owned by Lafarge in Richmond. The biosolids will be used as an alternative fuel during the manufacturing process. Once the biosolids are ready for shipping, they will be loaded onto trucks and sent on BC Ferries to the lower mainland. The CRD is paying the company a million dollars a year to take the product away.

According to Plant, the contract is for five years but he says he hopes the CRD board will agree on a local use for the product before then.

“I am willing to say we don’t want to be shipping our biosolids to Richmond for two years,” Plants says.

Construction of the residual treatment facility is largely finished and project staff say it will be ready when work on the rest of the project shifts to testing and commissioning sometime this summer.

For the first time we’re taking you inside the $300 million dollar McLoughlin Point Sewage Treatment Plant to see where construction is at and how it works. The plant needs to be up and running in 6 months. Will it be ready? Join us for the tour tonight on @CHEK_News. pic.twitter.com/bUsw30iOUW 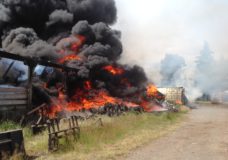 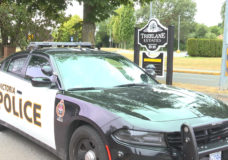