Tension is rising over what to do with the homeless population in the City of Victoria.

Back in June, Victoria councillors voted to allow for 24-hour camping in city parks.

But since then, a tent city is growing in Centennial Square.

But Help’s comments have some asking if homeless people can’t camp downtown, then where?

Victoria resident Cynthia Diadick, lives close to Beacon Hill Park, and worries homeless campers will just up there, which she says already has enough problems.

“There isn’t one person in James Bay that I’ve talked to that hasn’t experienced a break-in, theft or found needles,” said Diadick. “They’re breaking into their parking garages and using their gardens a washroom.”

Diadick started the Save Beacon Hill Petition four months ago in an attempt councillors to disallow camping in the park. Although the petition is nearing its 25,000 signature goal, Diadick thinks the problem is about to get worse.

“I don’t honestly think it’s going to make any difference as far as the mayor is concerned,” admitted Diadick.

Centennial Square, which is located beside city hall, has attracted plenty of attention recently.

At least three stabbings this month have either occurred at Centennial Square or are linked to homeless camps at the square, including one that took place in the early morning hours of Aug. 22 that resulted in one man being taken to hospital with non-life-threatening injuries.

It’s the latest in a string of dangerous incidents in the area in recent months, including assaults and acts of vandalism. Victoria police, earlier this month, seized a pellet gun from a person in Centennial Square. Police believe the pellet gun was used to shoot out a window at city hall and damage McPherson Playhouse in July.

The incidents come after the Victoria Police Department released new data showing that calls for weapons-related crimes have increased by nearly 65 per cent this year compared to this time last year.

Meanwhile, as the tent city grows, the city’s finances are tied. No space has yet been secured to house the downtown homeless population and advocates say the provincial and federal governments need to step up to provide help Victoria desperately needs. 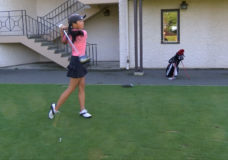 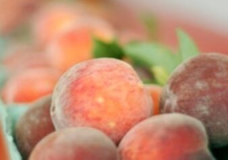 Peaches imported from California recalled due to possible Salmonella