She plays and practices nearly every day in the summer and usually has a smile on her face. It’s that infectious passion that caught the attention of avid golfer Penny Baziuk.

“She was so enthusiastic about the game and how much she loved just being out there on the course,” said Baziuk, a well known amateur golfer on Vancouver Island.

They met on the practice putting green at Ardmore Golf Course three years ago.

Despite Truong being only 11-years-old at the time, Baziuk quickly noticed something special in the young talent. Baziuk then asked her friend, former LPGA pro Jackie Hellard, to join them for a round.

“She’s not your typical kid, she’s got a maturity beyond her years,” said Hellard, who will be competing in next week’s BC Senior Championships in Campbell River.

Although Truong is a generation younger than both Baziuk and Hellard, the Oak Bay High School student fits right in.

“She’s just like one of the girls,” said Baziuk, also competing in the BC Senior Championships.

In the past three years, Truong has seen her game reach new levels and is considered one of B.C.’s elite young female golfers.

“Jackie and Penny, I’ve both learned so much from them because they both played at such high levels so it’s learning the game from them and them showing me their experience,” said Truong, who’s golf handicap is 1.

“It’s just been fun to watch her game blossom and to kind of try to stick with her now, whereas before she was trying to stick with me,” said Hellard.

Over countless rounds of 18 holes, the trio have formed a unique bond that stretches well beyond the course.

“[It’s] very special, I never had any children so for me it’s like I have a child, a grandchild, a friend. I have everything in one gal there so it’s been really special for me,” said Baziuk.

“She’s kind of brought the fun back into it,” said Hellard. “I was kind of starting to get frustrated because having played at a really high level at one time, my game is not quite where it was, but, she has such a great attitude and kind of helps you with the mental skills and brings back the joy of the game, so it’s been fun.”

Truong is aiming for a golf scholarship and hopes to one day play professionally. But whatever the future may hold, she’ll always have her two good friends by her side. 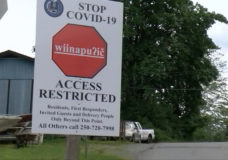 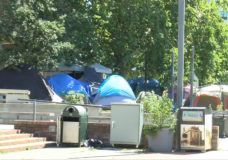