Two Victoria police officers were sent to hospital in a Friday morning assault that also led to a collision involving a VicPD vehicle responding to the scene.

The officers were investigating a suite in a multi-unit residential building in the Jubilee neighbourhood at around 8 a.m. after they received reports of a man, who had possible mental health concerns, threatening violence.

“After speaking with the man, the officers attempted to apprehend him under the Mental Health Act and were both violently assaulted by the man,” Victoria police said in a statement.

The officers deployed pepper spray and a conductive energy weapon but both were ineffective, police said. Several other officers arrived to help take the man into custody. 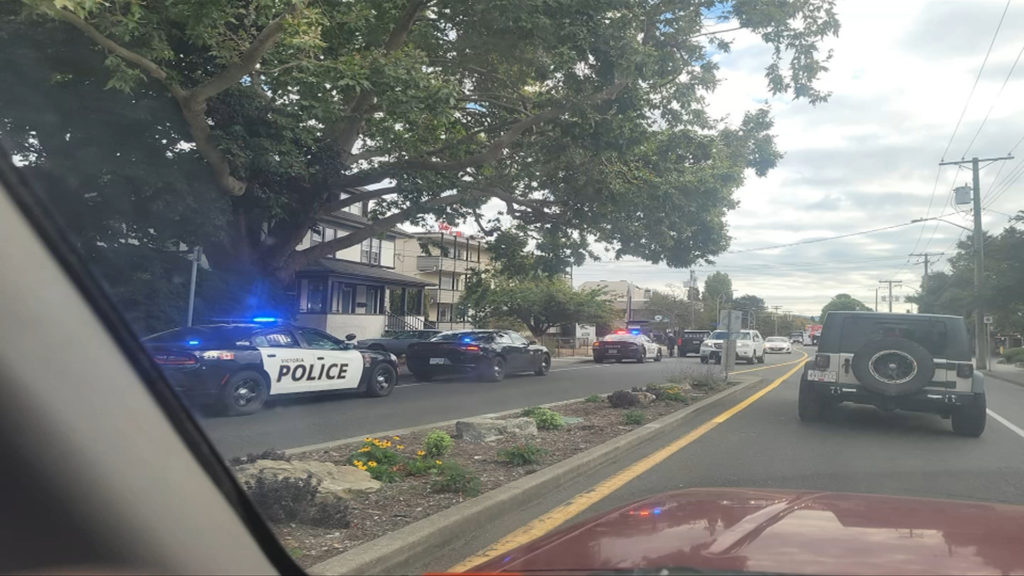 He was taken to hospital for a mental health assessment and to recover from the pepper spray. He faces multiple charges of assaulting a police officer.

“It was quite a severe assault, it was prolonged,” said Victoria police spokesman Const. Cam MacIntyre.

The two officers that were attacked, they did everything they could in a challenging, dangerous situation when they were frankly fighting for their life. They deployed pepper spray, they deployed a taser, both were ineffective.”

MacIntyre called it a “remarkably challenging couple of weeks” for the department, referencing an assault on an officer last week that left him with non-life threatening but potentially “life-altering” injuries.

While the assaults occurred Friday, a police vehicle responding to the building was involved in a collision with a civilian vehicle.

The crash at Douglas and Fisgard streets resulted in non-life threatening injuries to the officer and driver of the other vehicle, who was taken to hospital.

The northbound lane on Douglas Street was closed between Pandora Avenue and Fisgard Street for hours, but has since reopened.

Pictures from the scene showed a Victoria police vehicle that sustained some damage on its front bumper being loaded onto a tow truck. A white Mazda with airbags deployed on the driver’s side was also involved in the crash.

Police said the officers who were assaulted at the separate location were also taken to hospital with non-life threatening injuries. 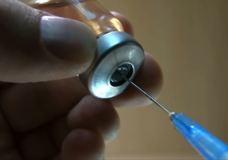 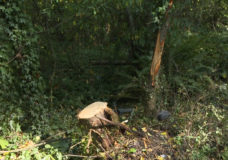